New shoots (not reshoots) for Mad Max start on November 22 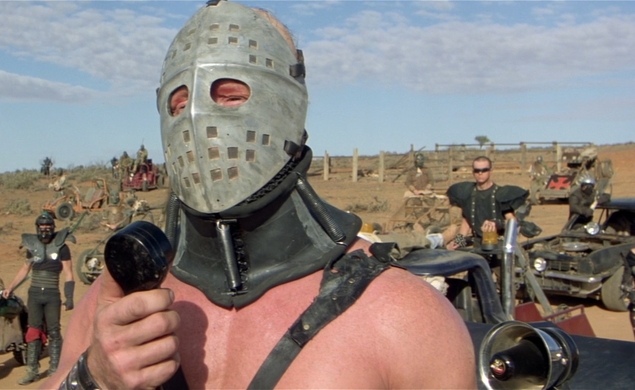 With the November 22 start date for additional shooting on the fourth Mad Max film approaching, a video of Tom Hardy on the red carpet at last month’s BFI Film Festival in London has slowly come to the Internet’s wider attention. In attendance for the British première of his low-budget action vehicle Locke, Hardy was asked about the considerably higher-budget Mad Max: Fury Road, which began by falling five days behind schedule, and has been dogged by rumors that it needs reshoots.

Unreliable but tantalizing Internet speculation is mixed about whether the additional three weeks are a sign Warner Bros. is pleased and willing to give director George Miller more money to shoot additional action scenes, or a sign of a troubled production. According to Hardy in the clip, Miller is going back to add to material that’s already in satisfactory shape, and to film “even more spectacular” Mad Max action.

It isn’t a stripped-down shoot: A new call has gone out seeking extras in the Sydney area. As Don Groves of if.com.au reported in September, “Talent agents have been told the producers are looking for odd, idiosyncratic faces. Given the post-Apocalyptic setting, all must have slim builds.”