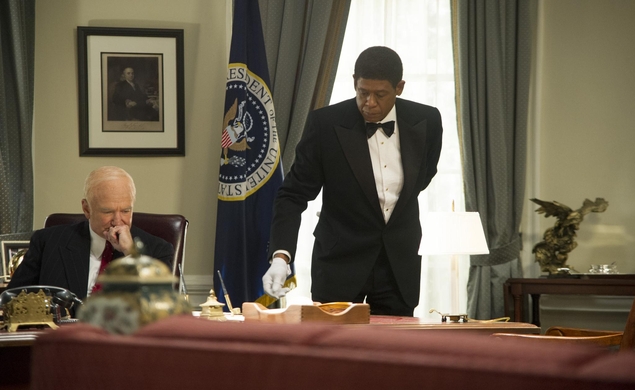 Between the recent $100-million-plus success of Lee Daniels’ The Butler, the high-profile current release of 12 Years A Slave, and the forthcoming The Best Man Holiday, there’s been a lot of talk about how 2013 has marked a turning point for black filmmakers in Hollywood. Still, not everyone may agree with the type of cheery appraisal recently delivered by Harvey Weinstein, who said the relatively recent surge in black films hopefully “signals, with President Obama, a renaissance. He’s erasing racial lines. It is the Obama effect.”

A study released last week by USC’s Annenberg School For Communication & Journalism provides some stats to put these high-profile titles in perspective. Examining 500 top-grossing films released in the U.S. from 2007 to 2012, the study considers some 20,000 characters and finds diversity is sorely lacking. “Across 100 top-grossing films of 2012, only 10.8 percent of speaking characters are Black, 4.2 percent are Hispanic, 5 percent are Asian, and 3.6 percent are from other (or mixed race) ethnicities,” the paper notes at the outset. “Just over three-quarters of all speaking characters are White (76.3 percent). These trends are relatively stable, as little deviation is observed across the five-year sample.”

Those representation rates don’t correlate with who’s buying tickets. “As a point of comparison, a full 44 percent of movie tickets sold domestically were purchased in 2012 by non-Caucasians,” the study notes. “26 percent of tickets were sold to Hispanics, 11 percent to African Americans and 7 percent to people from other ethnicities. Using these MPAA percentages, Hispanics are the most underrepresented group on screen.”

Behind the camera, diversity is even more lacking, with “a ratio of over 16 non-Black directors working to every 1 Black director,” and only two black women directors among the 500 films considered. That doesn’t surprise Ava DuVernay, the first black female director to win best director at Sundance last year for her feature Middle Of Nowhere. “I pretty much know us all personally,” she told The Los Angeles Times.