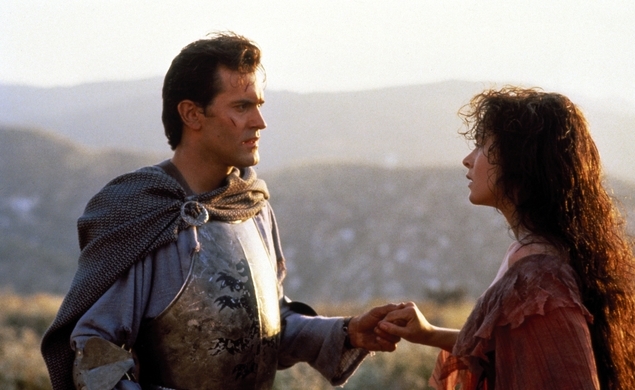 Remember a couple of weeks ago when Bruce Campbell claimed at Wizard World Nashville that he and director Sam Raimi were finally working on another Evil Dead movie starring Campbell’s signature character, the wise-cracking, one-armed Ash? Sadly, a source has come forward to debunk that statement. That source, naturally, is Bruce Campbell.

"There's no reality whatsoever. These random comments slip out of my mouth or Sam Raimi’s mouth, next thing you know, we're making a sequel. So unless it’s announced from Renaissance Pictures, it’s not real. Or unless you have a start date or a release date. We do appreciate people’s enthusiasm for another Army Of Darkness, but they should just wait until it’s real. And I feel bad for people because the Internet is so prey to misinformation… So I just encourage to get the real information, not just if you heard something.”