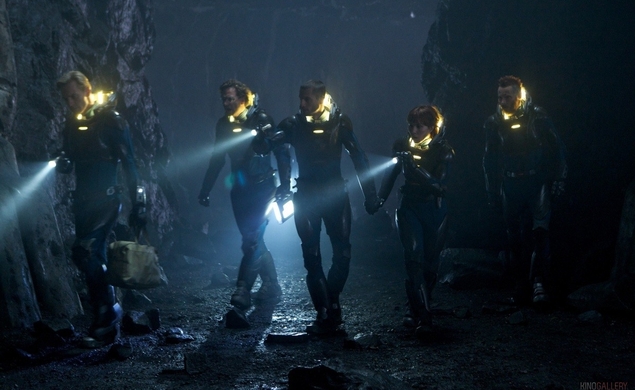 The Counselor marks the second straight collaboration between director Ridley Scott and star Michael Fassbender. Their first collaboration was 2012’s Prometheus, a sorta-maybe-kinda-but-not-really-but-we-want-you-to-think-it-is-a-prequel to Scott’s watershed 1979 sci-fi horror film Alien. Hugely anticipated by Alien's legions of fans, Prometheus managed to take in just $126 million in the United States, less than its reported $130 million budget. But it still made over $400 million worldwide, plus additional revenues on DVD, Blu-ray, and VOD.

With spoiling its outcome too much, the end of Prometheus provided a narrative imperative for a sequel, teasing a follow-up that would watch the surviving characters on their continuing quest to find the origins of life on Earth (and the alien in Alien) in outer space. And with both Fassbender, who played Prometheus’ duplicitous android David, and Scott making the press rounds to promote The Counselor, the state of Prometheus 2 (although I prefer the title 2metheus) has been a frequent topic of junket conversation.

Scott told Empire that the script for the sequel “is written” but would give no indication when he would make the film, noting that he’s already got two projects to direct first; his Bible epic Exodus and another sci-fi film entitled The Forever War. Meanwhile, Fassbender told Yahoo! Movies U.K. that he thinks the delay is a good thing. “It takes time,” he explained. “I don’t want them to rush it. I mean the reason that Pixar movies are so amazing is because they spend years throwing it out the window, re-jigging it, coming up with an idea, breaking it down, starting again, you know. So to make it correctly, I think it’s actually very encouraging.” <ohsnap!>If only they’d made the first Prometheus correctly I’d be more excited for this one.</ohsnap!>

To put it another way: if you rush things, you become too focused on the objective in the distance. You miss opportunities to explore other directions and wind up only moving straight ahead as quickly as possible. And that’s how you get crushed by an enormous alien spaceship, when walking a few feet to the side would save your life. Better to take your time, and develop the material at a more methodical pace.