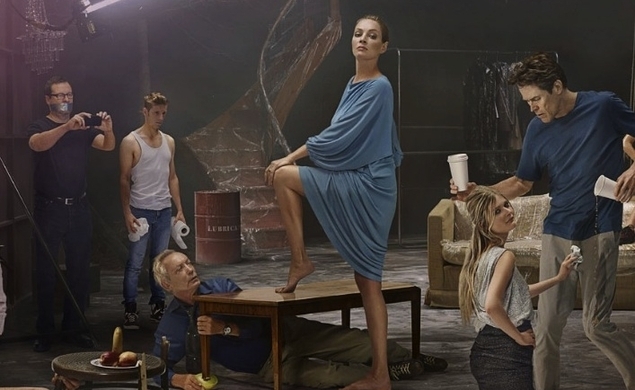 Each month, the official website for Lars von Trier’s upcoming film Nymphomaniac teases another of its eight chapters with a new video clip. Some have been strange, most have been funny, but few have given more than a hint of the movie’s much-hyped graphic nudty and sexuality. Last month’s “appetizer” was just Charlotte Gainsbourg walking towards a building. Feel the eroticism!

In contrast, this month’s one minute video contains more explicit sex than many entire movies. It features a barrage of full frontal nudity, a smidge of intercourse, and an assortment of split screens. Be warned: unless you work as an editor on the film Nymphomaniac, this clip is very NSFW:

This was the tease for Chapter 5, “The Little Organ School.” On the Nymphomaniac website, this text accompanies the video:

“A chorale prelude by Bach; three voices each with its own character, but in complete harmony. In other words: POLYPHONY.

The nymphomaniac is easily inspired, and acts it out.”

Uh huh. Bear in mind: this is only Chapter 5. How is von Trier going to top himself three more times with the rest of these teases? No, you know what? Don’t answer that; I’m too terrified to know the answer.