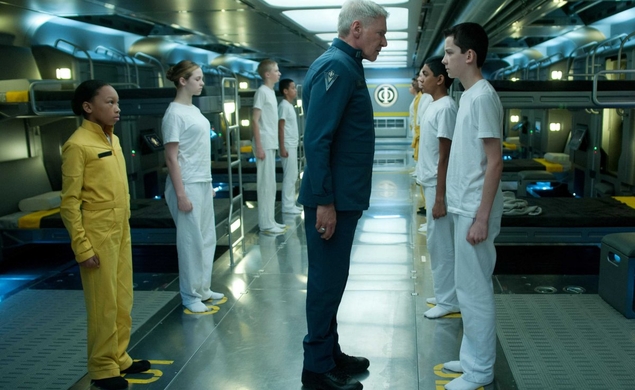 More than 11,000 people have signed a petition pledging to skip the new film adaptation of Ender’s Game because of the history of homophobic statements from the novel’s author, Orson Scott Card. Supporting the movie, they argue, is a tacit endorsement of his views, and puts money into the pocket of a vocal opponent of gay rights. In the months leading up to the film’s release, members of the Ender’s Game creative team have done their best to distance themselves from Card and his attitudes. Last June, director Gavin Hood stated in an interview that he loves the book and disagrees with its author. “Frequently artists create something that is better and more insightful than their own particular point of view on some issue,” Hood said. “We have a great piece of art and we have the artist behind the art saying things that seem to be extremely bigoted. But they’re not the book. The book is the book and Orson’s views are his views.”

Still, Orson’s money is Orson’s money, and if he stood to profit greatly from the Ender’s Game movie, that could leave some people feeling uncomfortable supporting it. But according to a new story by TheWrap’s Josh Dickey, Card won’t see any additional profit participation from the film. His deal, which involved “zero say or creative imput in the adaptation” contains no “escalators” (cash bonuses tied to box-office milestones):

“Multiple sources from both inside and outside the companies that produced the Ender’s Game film–distributor Summit Entertainment, visual effects company Digital Domain and book-rights holder OddLot Entertainment–tell TheWrap that Card’s fee has already been paid through a decade-old deal that includes no backend.”

Essentially, Card was paid for the rights to his book and that’s it. Of course, Card still earns money from sales of his original novel, and with all the attention focused on the Ender’s Game movie, there’s renewed attention on Card’s book. TheWrap suggests if you want to boycott something, you refuse to buy a copy of the book instead.

The fight over Ender’s Game brings us back to the subject of “extratextuals,” so named by The Dissolve’s Scott Tobias in discussing the way the battle between the directors and stars of Blue Is The Warmest Color shaped viewers’ reception of the movie. The relationship between artists and their art is a complex one, and for his part Card has never made it any simpler by apologizing for or even downplaying his personal views. That might be changing though; in a brand-new interview with Wired’s Shane Snow, when the subject of gay rights came up, the author said they had nothing to do with Ender’s Game. When Snow pressed further, Card replied, “I issued an official statement. That’s really all I have to say about it.”