Idris Elba cancels the apartheid in the trailer for Mandela: Long Walk To Freedom 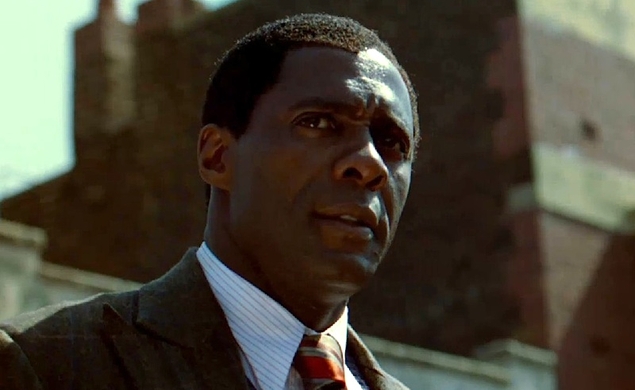 Idris Elba is really having a moment as an inspirational leader of men. He’s current tearing up movie theaters around the world as Stacker Pentecost, commander of an elite force of robots that do battle with giant aliens from beneath the ocean floor in Pacific Rim. Next, he’ll play a real-life hero: Nelson Mandela, in the new biopic Mandela: Long Walk to Freedom. Here’s the trailer:

The trail of the tape
Title: Mandela: Long Walk to Freedom
Director: Justin Chadwick
Screenwriter: William Nicholson
Cast: Idris Elba, Naomie Harris, Tony Kgoroge
Release date: November 29, 2013
Tagline: “The leader you know, the man you didn’t.”
The entire trailer in one line of dialogue: “My lord, it is not I but the government that should plead guilty.”
The entire trailer in one screengrab:

Mandela was previously portrayed onscreen by Morgan Freeman in Invictus, which was about the role the South African rugby team played in uniting the country after the end of apartheid. It was a pretty forgettable movie, but it was a strong performance by Freeman, who earned an Oscar nomination for the role. That’s a path Elba probably wouldn’t mind retreading on his own long walk to freedom.