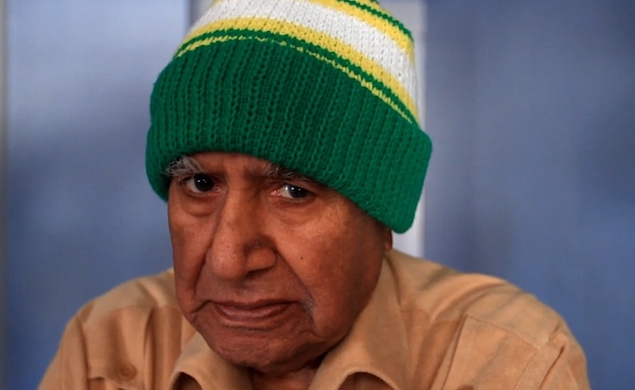 Kumar Pallana worked as an actor for decades. But his “big break” came when Wes Anderson cast him in his first film, Bottle Rocket, in a key supporting role. Anderson brought Pallana back for Rushmore (he played Mr. Littlejeans, the school groundskeeper) and The Royal Tenenbaums (as Pagoda, the Tenenbaums’ housekeeper), and revived his onscreen career. Sadly, Pallana has passed away yesterday at the age of 94.

Pallana’s own story was worthy of a movie. According to a Philadelphia Weekly article from 2002 he was born in India in 1919 and dropped out of school as a teenager to travel the world as a performer. As “Kumar Of India” he arrived in the United States in 1946, appearing on The Ed Sullivan as a juggler and playing gigs in Las Vegas. He later worked playing different kinds of “Indians”—Native Americans—in Hollywood Westerns like Broken Arrow with Jimmy Stewart. “Back then, Indians couldn’t even get one foot in the door at the studios,” Pallana told The Dallas Morning News 2004. “There just weren’t that many roles for Indians.”

Eventually, Pallana and his family settled in Dallas, opening a yoga studio and cafe, The Cosmic Cup. Many years later, the coffee shop became a beloved post-college hangout of Anderson and his writing partner, Owen Wilson. When they made Bottle Rocket, they cast Pallana as Kumar, the bumbling safecracker. For the next 15 years, Pallana found work as a character actor, rejoining the Anderson troupe once more in 2007’s The Darjeeling Limited and also appearing in Steven Spielberg’s The Terminal, John Turturro’s Romance & Cigarettes, and Brad Silberling’s 10 Items Or Less. Recently, he co-starred in Mike Cahill and Brit Marling’s Another Earth

Here’s a lovely short film about Pallana by Dark Rye Magazine, made when he was 93. “The more simple you live,” he says in it, “the more peace of mind you have.”