Op-ed: When did “arthouse” become a four-letter word? 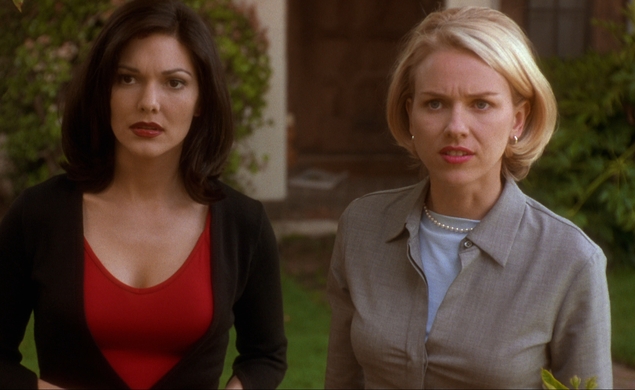 In the seven years since the release of Inland Empire, David Lynch has released two albums, created his own line of boutique coffee, become an Internet weatherman, made a promo for Dior, helmed a live-streaming Duran Duran concert, and directed no movies. In a June interview with The Independent, Lynch delivered a bleak assessement of the state of cinema—and his own future job prospects:

“I don’t know what’s happening to cinema… It’s a very depressing picture. With alternative cinema–any sort of cinema that isn’t mainstream–you’re fresh out of luck in terms of getting theater space and having people come to see it. Even if I had a big idea, the world is different now. Unfortunately, my ideas are not what you’d call commercial, and money really drives the boat these days. So I don’t know what my future is. I don’t have a clue what I’m going to be able to do in the world of cinema.”

Lynch did say at the time that he holds out a bit more hope for a possible return to television, where his Twin Peaks became a cultural phenomenon in the early ’90s. “Television is way more interesting than cinema now,” he told The Independent. “It seems like the arthouse has gone to cable.”

It may be worse than that. Recently, I’ve noticed the word “arthouse” used less as a word to describe a place to see movies or the certain type of movie you might find there, and more as a derisive insult. On a recent episode of a podcast I listen to, a host described a horror film as “an arthouse movie” and then quickly followed the phrase with “but it’s actually pretty scary,” implying that traditional arthouse movies are, I guess, too arty to be scary. Last week, in casual conversation about the guerilla indie Escape From Tomorrow, a dark (and some might say Lynchian) vision of Walt Disney World, a friend asked me “Is it arthouse-y? It looks arthouse-y.” When I asked what that meant, their response was “Like, pretentious and unsatisfying.”

A quick Google search reveals my friend is not alone in ascribing a negative connotation to the word “arthouse.” Take, for example, this recent blog post about the film Spring Breakers, which sports the sub-headline, “My Rant About Arthouse Cinema” and rails against movies that “you’re supposed to walk out of discussing how it was brilliant–but instead [make] people actually wish they’d stayed home to watch reruns of The O.C.” A blog post from last year bluntly asks “Why Does Arthouse Cinema Suck So Much?” and suggests “it’s as if European cinema makers deliberately try to make their films as drab, uneventful and devoid of action as possible.” A 2010 article from The Express Tribune lists ten terrible things about “art cinema” including “smug elitism,” “arrogance,” and the “joyless, earnest, lumpen” fans who watch them. Granted, these are just drops in a very large and cranky bucket known as the Internet. But these murmurs seem to be getting louder.

When did calling something “art” become a slur? What happened to the middle ground between infantile and intellectual, and why do many viewers (and even some filmmakers) assume it doesn’t exist in cinema anymore? Lynch is an interesting example in this context. Twin Peaks became the talk of the nation in 1990, but the demands of network television at the time forced it into early cancellation. Lynch tried to return to TV a few years later with a pilot named Mulholland Drive, but it was also too weird for broadcast, and it was ultimately rejected by ABC. Lynch then reworked the material into a 2001 feature, and the unconventional finished product became one of the most critically acclaimed films of the decade. And even more than that, it became one of the most critically acclaimed arthouse films of all time; placing #2 (behind only Andrei Rublev) on a list of greatest arthouse movies ever compiled by The Guardian.

That Lynch now sees a more promising future on TV, the medium that publicly spurned him twice before, speaks volumes about the public images and reputations of film and television, if not their actual quality. In film, “arthouse” is increasingly used as a four-letter word; while on television, the shows with content we often associate with “arthouse cinema”—serious drama, complex stories, unhappy endings, flawed anti-heroes, mature themes—are hailed by critics and discerning audiences alike. If Lynch and his colleagues in adventurous filmmaking can’t find studios and financiers willing to produce their work, they’re going to go elsewhere. And not to the arthouse.