Anthony Mackie is going All The Way as MLK 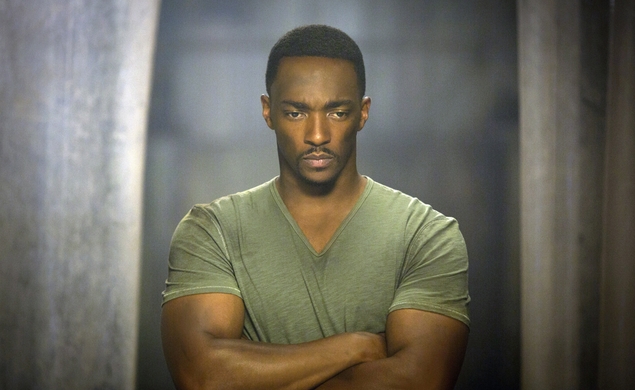 In a casting notice a couple of weeks ago, we noted that HBO has scheduled a TV-movie adaptation of the award-winning Broadway play All The Way, about President Lyndon B. Johnson’s tumultuous first year in office. Bryan Cranston has signed on to reprise his role as the 36th President, a performance that earned him the Tony for Best Actor in a Play in 2014. But last night, Deadline broke the news that Cranston would have a buzzy performer for a costar in the upcoming project.

A new report indicates that ascendant Anthony Mackie will continue his recent hot streak by portraying Martin Luther King Jr. in All The Way. As he enjoys newfound prominence due to his role as Sam Wilson (better known as aloft crimefighter The Falcon) in the Marvel Cinematic Universe, Mackie’s MLK gig arrives on the heels of his casting in David Gordon Green’s upcoming dramedy Our Brand Is Crisis. Playing the good Dr. King is a prestigious gig, and the first role Mackie’s taken that might put him up for year-end awards consideration. (His star-making turn in Michael Bay’s Pain & Gain was unjustly overlooked.) But he’s also entering a project already fraught with racial tensions.

The phrasing in Deadline’s item feels a little, shall we say, deliberate. Writer Mike Fleming puts it this way:

“I’m told that Mackie’s role in the script will be significant, and portrays a far more collaborative and complex relationship than was depicted in the Best Picture nominee Selma. That film’s Oscar chances were hobbled by a depiction of LBJ as a reluctant lackey who stubbornly opposed MLK’s historic march in Selma, drawing ire from LBJ’s confidantes who said he and MLK were in lockstep in manipulating a crisis to pass the historic Civil Rights law.”

The whole “The MLK biopic should’ve played up LBJ’s contributions to the Civil Rights movement!!” stance is pretty silly, but Fleming seems correct in his assumption that All The Way will draw comparisons to Selma. All we can do is hope that audiences are intelligent enough to realize that art approaching the same subject is not an either-or proposition, and that viewers needn’t pick one or the other to support.