Op-ed: Are rewatchability and excellence the same thing? 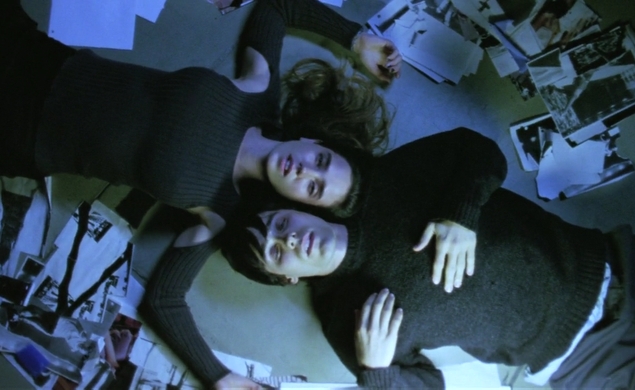 A little movie called Gravity opens in theaters today. Perhaps you’ve heard of it. Although I had the misfortune to miss every single press screening in New York City, I’ve been told it’s kind of okay. (One source I trust even goes so far as to call it “Essential Viewing.”) Several critic friends of mine have already seen it multiple times; they’re not only raving about it as one of the best movies of the year, they keep going back over and over. At least one colleague I know saw it twice at press screenings and has plans to see it again a third time on opening weekend in IMAX.

To a lot of folks, Gravity is not only good, it’s also really rewatchable. But are those two concepts—quality and rewatchability—linked? The question has been on my mind this week since I read an article at Movie Mezzanine by Colin Biggs titled “An Inquisition For Our Readers: Does Rewatchability Equal Excellence?” While noting that only three of the last 10 Academy Award winners for Best Picture pass what he calls “The TNT Test” (meaning they can be played over and over on TNT and you’ll watch them every time; some also call this “The Shawshank Re-Viewtion”), Biggs stands with rewatchability:

“Re-watchability doesn’t always correlate to quality, but there is something to be said for a film’s ability to be played over and over again without viewers getting tired of the proceedings. Many of the films listed above, are caught in progress on television, watched dozens of times a year while the critically adored Amour and Holy Motors collect dust. There is no way to objectively determine the true quality of films, but for viewer enjoyment, the film that is re-watched most is held in higher esteem. How many times has How Green [Was] My Valley been played in comparison to Citizen Kane?”

TCM actually shows How Green Was My Valley (1941’s Best Picture winner over Citizen Kane) pretty regularly; I couldn’t say for certain, but I’d guess I’ve seen it pop up on the channel’s schedule more than Kane in the last few years. (It’ll next play Turner Classics on December 27 at noon; set your DVRs now.) And while another spin through Amour isn’t exactly my idea of a fun Saturday afternoon, I’ve watched Holy Motors, in total or in part, a few times since it became my favorite film of last year. So to a certain extent, rewatchability is, like everything else about movies, in the eye of the beholder.

But back to his question: Does rewatchability automatically equal excellence? Yes, I think it does. But here’s the kicker: It’s not, in my mind, the only standard of excellence for movies. Some movies don’t aspire to be rewatched over and over again, just like some comedies don’t aspire to make you cry. To put it another way, all rewatchable movies are excellent, but not all excellent movies are rewatchable.

Let me give you a personal example. In the winter of 2001, when I was a college junior, I saw Darren Aronofsky’s haunting tale of drug addiction, Requiem For A Dream, for the first time. After one of the most overwhelming experiences I’d ever had in a movie theater, a friend turned to me and asked what I thought. I replied, “That’s one of the best movies I have ever seen. And I never want to see it again.” A dozen years later, I still haven’t.

But despite the fact that I haven’t seen Requiem in the intervening years, the film has stayed with me. I see so much forgettable garbage at this job that sometimes I’m hard-pressed to remember more than the most skeletal details of films just weeks later. (According to my Letterboxd account, I gave 1.5 stars to something called Hansel & Gretel: Witch Hunters; I have no recollection of such a movie.) But 12 years on I can still cite lines and scenes and specific images from Requiem From A Dream. “We’ve got a winner!” and Jared Leto’s arm, and the sad final images of Jennifer Connelly’s character are seared into my brain for the rest of my life.

So while it’s true that I’ve watched Donnie Darko and Mulholland Drive way more times than Requiem For A Dream since 2001, that doesn’t necessarily mean the former two are better than the latter one. Sometimes it’s to a movie’s credit that a single viewing is powerful enough to linger for years or even decades. Knocking a movie like that because you don’t have the urge to watch it over and over is like knocking an apple for not having as much pulp as an orange.

Read more of “An Inquisition For Our Readers: Does Rewatchabilty Equal Excellence?”