Outta the way, United Passions, Warner Bros. has got a real FIFA film for us 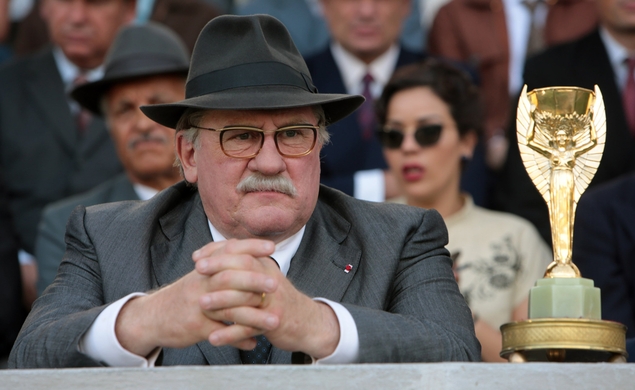 In a rare case of “yes, we actually need a new film on this subject right now even though we just had one film about it, thanks, Hollywood,” The Hollywood Reporter shares that Gavin O’Connor will direct a new film about the FIFA scandal for Warner Bros., helpfully produced by both Ben Affleck and Matt Damon, probably yelling about “socca” the entire time.

The news comes on the heels of two hilarious events in the history of FIFA: The massive corruption scandal that rocked the association—and cleaned out some of its worst offenders—and the release of the terrifically bad feature United Passions. What a time to be alive.

The outlet reports that the film will focus on the “American side of the FIFA scandal” and will specifically center on FIFA executive Chuck Blazer. Adapted from Ken Bensinger’s book Houses Of Deceit, the film will be a big screen version of “the definitive account of American FIFA exec Chuck Blazer and his role in the largest sports and public corruption scandal in history.” O’Connor will also co-write the script alongside Anthony Tambakis, who previously worked on both O’Connor’s Warrior and his upcoming beleaguered Jane Got A Gun.

For those unfamiliar with Blazer (raises hand), THR shares that he is “the soccer executive who became perhaps the biggest instrument in the sport’s popularity in the United States, taking it from runt status and growing its current stature. He went from an unemployed soccer dad to a FIFA executive committee member and executive vp of the U.S. Soccer Federation as well as general manger of CONCACAF, the soccer governing body for North and Central America.” Oh, so it’s an underdog story? Cool!

Not exactly, as the outlet continues:

“The man who looked like Santa Claus was also developing the nickname ‘Mr. Ten Percent’ for his slice of lucrative sponsorship and television deals that allowed him live large (Blazer reportedly had a luxurious apartment in Trump Towers just for his cats) and was slowly slipping into a web of corruption. His stature as one of soccer’s top dogs began to unravel when in the 2010s allegations of bribery began to surface as well as massive tax evasion. Even as he admitted to conspiring to accept bribes with other FIFA executives, he was also informing for the FBI. And he was also a deemed a cooperating witness in May’s arrests of FIFA executives, an event that rocked soccer worldwide and exposing its rotten core.”

Bensinger’s book has been a hot property for awhile now, with various studios and production companies clamoring to turn it into a feature film, a mini-series, or even a television series, but O’Connor wanted to pursue the story as a straight feature. Warner Bros. eventually purchased the rights during a heated bidding war, beating out other shops like Broad Green Pictures, Red Wagon, and Anonymous Content. Goooooooooalllll!