Following Marvel's example, Sony and Paramount pull out of Comic-Con 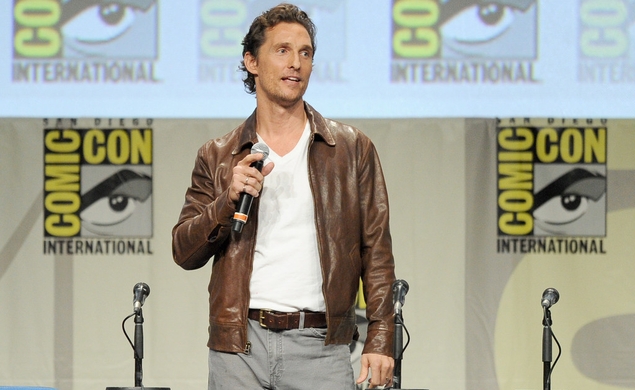 Last week, new supreme world overlords Marvel Studios announced that they would pass on their usual panel slot at San Diego Comic-Con this year. Traditionally, Marvel’s unveiling of future projects (which sometimes boiled down to reveals as inconsequential as the title of an upcoming film) filled the storied Hall H full to bursting with superfans on Saturday night, one of the largest and most buzzworthy events of the entire convention. Marvel’s film branch opted to sit this year’s festivities out, though the actual comic-book component of this comic-book company will still maintain a presence at the convention. Readers may remember that Marvel Studios held a huge press conference back in October during which they pulled back the curtain on their slate of Phase III films and set True Believer mouths a-foamin’. We supposed that they had said their piece and had no need to take the stage again, but news today suggests something else entirely.

Variety reports that Paramount and and Sony have also given SDCC the hard pass, and will not prepare any publicity presentations for the convention. While this may seem to signal some unsettling sea change for the Comic-Con coordinators, Variety’s item cites sources that explain it away as a matter of logistics: “It wasn’t a knock against Comic-Con, the film cycles just didn’t allow it.” Paramount’s got no new Transformers, Terminator, or Star Trek films to pimp, and Sony’s apparently giving Spider-Man and James Bond a rest. For all we know, all three studios could return to Comic-Con in full force next year.

But for now, attendees (along with the millions of virtual eyeballs that the convention attracts every year) can look forward to offerings from Warner Bros. and 20th Century Fox. Nothing’s been confirmed as of yet, but the savvy among us have posited that Warner will capitalize on the convention to offer a first look at the upcoming Justice League film, along with expected previews of future Hunger Games and Star Wars films. Fox, meanwhile, will bank on the popularity of its Fantastic Four reboot as well as the latest entries in the sprawling X-Men cinematic universe.

It’s a surprisingly low-profile year for the behemoth gathering of comics fans and industry insiders. While at this moment, it certainly looks like things are headed downhill for SDCC, only time will tell how the industry will engage with the convention. It’s not too difficult to imagine a future where major studios run annual upfronts like major television networks, throwing their own publicity extravaganzas. And then SDCC shall return from whence it came, turning back into a gathering of 40 or so comic-book geeks picking through rarities and old issues in a single function hall. Ashes to ashes, dust to dust, preservative plastic sleeves to preservative plastic sleeves.