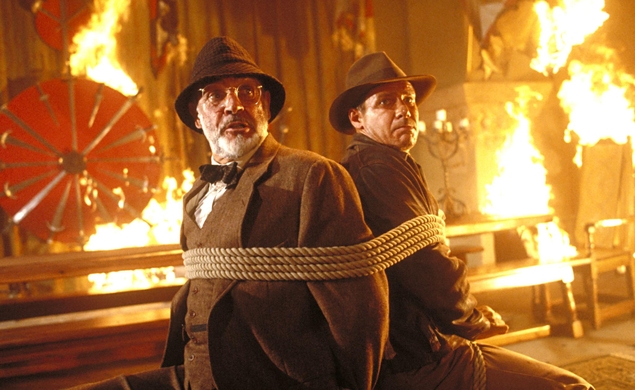 We’ve heard a lot about a fifth Indiana Jones movie over the years—that it was imminent, that Frank Darabont had an idea for it, that it could star Bradley Cooper or Chris Pratt or Robert Pattinson, that cinematographer Janusz Kaminski had penciled it in as his next project, that it was all just a bizarre dream cooked up by a crystal-skulled alien to screw with us—but despite endless chatter, one thing has remained clear: We don’t yet have a new Indy film to feast our eyes on.

That could be changing! Maybe. Sort of. Probably not.

A new report over at AICN holds that a fifth Indiana Jones film is not only imminent (as ever), but that Disney has scheduled it for release in the fourth quarter of 2018. We sure hope they used pencil for their scheduling, because producer Frank Marshall just told /Film that there have been “no discussions on Indy 5 to date.” (Interestingly enough, the outlet first asked about discussions regarding the possible casting of Pratt, to which Marshall said there were no discussions on the film to date at all.) There’s nothing like a little source-said-producer-said to get the party started.

It seems inevitable that Indiana Jones will get a new installment (and probably a fresh face to lead it), but for now, I prefer to cling to my copy of The Last Crusade (yes, it is my favorite Indy movie, and no, I have zero shame about that) and to use my own whip to dash back these seemingly endless rumors. Wha-pish!