Aaron Paul will ask audiences to Come And Find Me 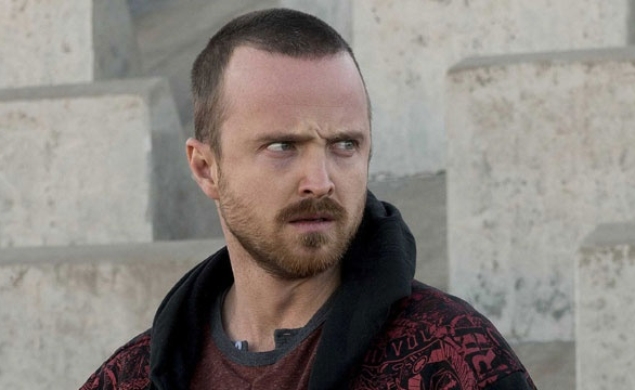 Unlike the transcendently pure blue meth he peddled so convincingly on AMC’s Breaking Bad, Aaron Paul’s film career has been adulterated. Though I desperately, unconditionally love him—because of Breaking Bad, yes, but also because he’s charming as hell, with his unabashed adoration for his wife and Bryan Cranston, his penchant for inviting his fans to call him just to chat and hang out with him in movie theaters, and his entire face in general—I’m still going to have to qualify his filmic presence as “burgeoning.” Because there was that whole Exodus: Gods And Kings thing, and that whole Need For Speed thing, and that whole A Long Way Down thing, and, um, Decoding Annie Parker. But there was also Hellion and Smashed, both of which showcased Paul’s ability to act his face off and carry a moody indie. He’s obviously fared much better on TV, with one fabulous mindfuck of a show under his belt, a critically acclaimed animated series about a washed-up half-horse/half-man (Netflix’s BoJack Horseman) now in its second season, and a new Hulu series with Michelle Monaghan on the way.

But Aaron Paul’s filmic tides, they are a turning, bitch. This year, he’s got at least five films on the horizon—including Gabriele Muccino’s Fathers And Daughters and Gavin Hood’s Eye In The Sky—and the Internet is continuing to speculate that he may play a young Han Solo. Today, Deadline announced that Paul has signed on for Come And Find Me, which is both Paul’s favorite challenge to extend to his social-media followers and also a movie written and directed by first-timer Zach Whedon.

The script for Come And Find Me appeared on the 2012 Black List, and follows the character of David (Paul) who “must track down his missing girlfriend after he realizes she’s not who she was pretending to be.” It’s unclear whether this will be a thriller, a horror film, or a comedy (corroded relationships = classically hilarious); it’s also unclear whether it will help Paul reach his cinematic potential or just be another weird thing that confuses and upsets the people who love him. Though the film marks Whedon’s directorial debut, he’s currently a producer on AMC’s Halt & Catch Fire, has worked on shows like Fringe and Rubicon, and co-created Dr. Horrible’s Sing Along Blog with his brothers. Not exactly the most inspiring resume I’ve ever seen, but hey, let’s give the man a fighting chance. It’s what Jesse Pinkman would do. (No it’s not.)