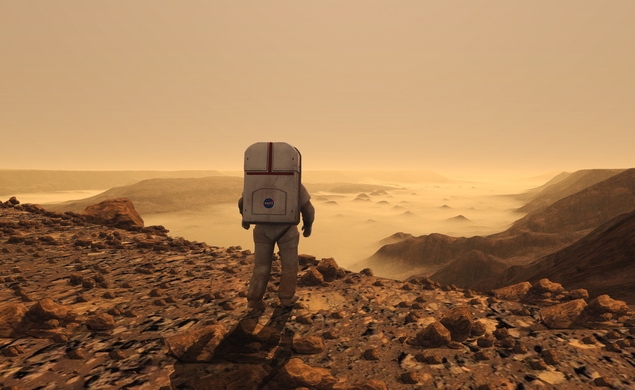 Q: When is a trailer not a trailer? A: When it’s an entry from the video log on board the Hermes, the spacecraft that will ferry the players of Ridley Scott’s new sci-fi project The Martian to the Red Planet. For the first non-photo preview of his latest film, Scott (a former pro in the game of advertising) went with an unusual method that may enable his film to stick out in the annual deluge of prestige pictures rolled out come the year’s end. This first trailer is made up of camcorder footage shot by Matt Damon’s proudly Chicagoan astronaut Mark Watney, as he introduces the crew and says several things marking people for doom.

There should be a large poster onboard every plane, ship, and rocket clearly dictating that no dewy reminiscences of home or clearly defined plans for the crew’s return may be spoken aloud. When the little supplemental graphic flashes that Michael Peña’s Major Rick Martinez married his high school girlfriend, or when Mark wistfully promises his family that they’ll all go out for a nice slice of deep dish pizza upon his return to Earth, their fates are sealed. Anyone who’s already read Andy Weir’s source novel of the same name knows what tragedy will soon befall our astronaut hero, that a space-storm as well as confusion aboard the Hermes will result in Mark’s stranding on Mars. In the vein of Gravity and Interstellar (the film’s producers hope), The Martian shows one man’s prevailing drive to survive in conditions that reject human life. Double-check all your safety protocols and hit play on the kinda-trailer below:

The trail of the tape
Title: The Martian
Director: Ridley Scott
Screenwriter: Drew Goddard
Cast: Matt Damon, Jessica Chastain, Kate Mara, Michael Peña, Kristen Wiig, Jeff Daniels
Release date: November 25, 2015
The entire trailer in one line of dialogue: “First thing we do when we get back, let’s go to Gino’s for some deep dish.”
The entire trailer in one screengrab: 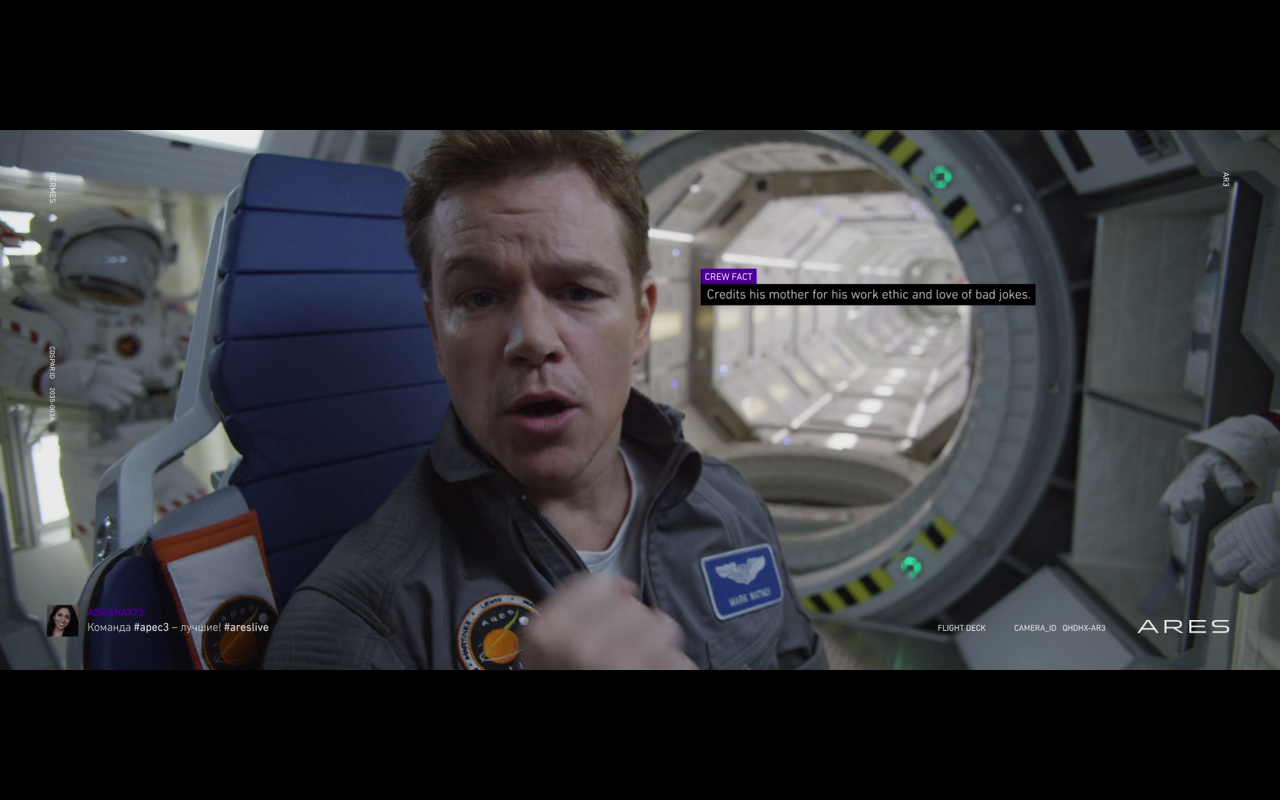 While the trailer’s inclusion of little digital asides about each crew member as well as “real-time” messages from around the world brings to mind the silly “Pop-Up Videos” from VH1 in the ’90s, it’s still a neat device. And for Scott’s purposes, it allows him to establish character quickly and efficiently ahead of the film’s release. For instance, the viewer learns that Kate Mara’s computer expert is an “avid gamer, coffee addict, and night owl” as well as a big fan of kung fu movies, while Jessica Chastain’s Commander Lewis is “a huge disco fan” and prizes her vinyl collection. The natural assumption is that precious little of the film would be shot in this style, but just for a trailer, it’s a nifty experiment. As if we’d expect anything less from this guy.

UPDATE: The full-length theatrical trailer for The Martian landed shortly after Scott’s camcorder teaser. Hear Matt Damon’s trained astronaut character say he's going to “science the shit” out of his unfortunate predicament! We've embedded it for you below.