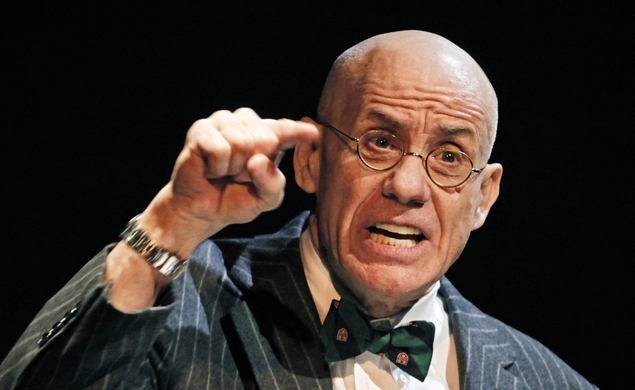 Filmmaker R.J. Cutler has an odd curriculum vitae. In his 20-plus years of work in the industry, the man’s filmography has taken a series of seemingly random turns. Cutler started as a documentarian, chronicling Bill Clinton’s campaign for the presidency in 1993’s The War Room, and then returning to the topic with A Perfect Candidate in 1996, a look at the 1994 Senate race in Virginia. From there, he got his feet wet in the world of TV with a short-lived documentary series about American high schools called, aptly, American High. He went back to features in 2009 with The September Issue, a close inspection of fashion godhead Anna Wintour’s reign of terror at Vogue. Things got stranger from there: Cutler put in a lot of work on Nashville (the TV soap opera set in Tennessee, not our next Movie of the Week), then directed his first narrative film, the sketchy metaphysical YA adaptation If I Stay.

So, based on that information alone, take a guess at which of the following options is R.J. Cutler’s actual next project:

C) An experimental short where Anna Wintour makes out with Bill Clinton, made up entirely of sampled footage from his earlier films

D) An adaptation of novelist James Ellroy’s memoir My Dark Places, in which he investigates his own mother’s murder 36 years after the fact

If you guessed D) or read the big headline at the top of this page, then you’re correct! Deadline reported last night that Cutler’s next project will send him down some seedy, dramatically lit alleyways in search of the truth. L.A. Confidential author Ellroy did indeed play gumshoe himself in the hopes of finding some closure on his mother’s untimely death in 1958. Ellroy got a little wrapped up in his dogged pursuit of answers, and the resultant memoir explored his pet themes of obsession and loss. Accordingly, the film will also track Ellroy’s descent into (rather slight) madness. Everything’s still in the early stages, with no cast or release date to speak of. Even so, this could be a fun opportunity for an apropos true-life film noir story. Art imitating life imitating art, if you will.