Our next Movie Of The Week: Nashville 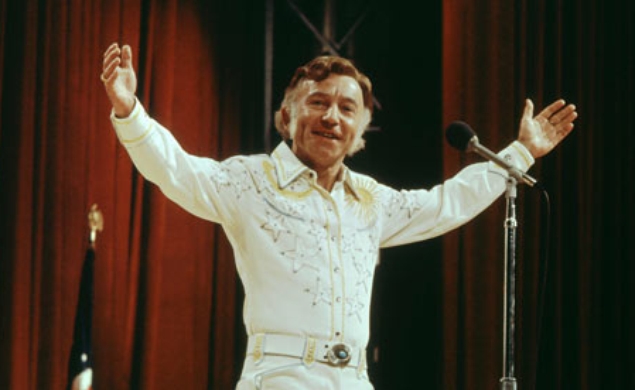 “The damnedest thing you ever saw!”

That was the tagline for Robert Altman’s Nashville when it hit theaters 40 years ago, its tone appropriately suggesting a P.T. Barnum-style entertainment extravaganza. Although it’s often remembered for its commentary on a cynical, post-Watergate America, Nashville is far from gloomy; its trenchant satire is imbued with the “anything goes” spirit of a variety show. It overflows with cringe comedy, car crashes, and country-western ballads. When the film takes its turn in The Dissolve’s spotlight next week, it’ll bring with it a host of characters, many of them musicians, each one scrambling to get on top. (Most will end up disappointed.)

The film’s pleasures lie in watching those characters cross paths, their intersections choreographed and conversations mixed into the soundtrack with a plate-spinning brio that defines “Altmanesque.” Geraldine Chaplin as a buffoonish journalist, Ronee Blakley as a country queen in freefall, Keith Carradine as a lothario wearing film history’s scuzziest beard: Each one of them and their dozens of castmates gets a moment center stage. The ebbs and flows of their characters’ fortunes are scored to catchy numbers like “It Don’t Worry Me” and Carradine’s “I’m Easy,” the latter of which ended up topping real-life charts. It’s the kind of movie that leaves you humming a tune and contemplating mid-1970s political complacency as you walk out of the theater.

Next week’s sojourn into Altman country will kick off with my Keynote on how the director and his cast built a story this big. Then on Thursday, Keith Phipps and Genevieve Koski will tackle the Forum discussion, while Charles Bramesco will dig into the music of Nashville in his accompanying essay.

Up next:
June 15: Aliens
June 22: The Virgin Suicides
June 29: The Killer
And beginning July 6, we kick off another theme month: Man-vs.-Wild Movies