6/3/15: The Last King Of Scotland on HBO Signature 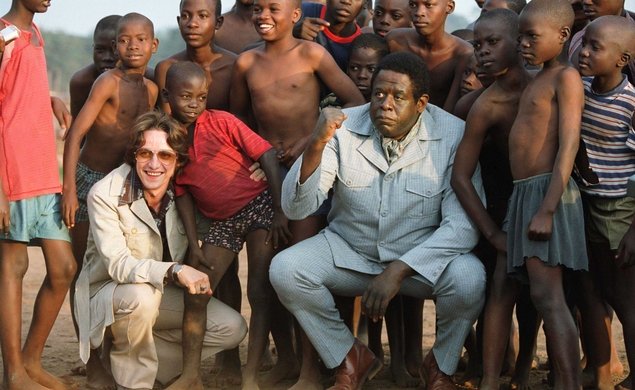 Great White Savior movies are a dime a dozen, and so are stories about a sympathetic white person or group trying to survive a political or natural catastrophe that’s simultaneously taking the lives of thousands of largely undifferentiated non-whites. But while the 2006 drama The Last King Of Scotland, based on Giles Foden’s 1998 novel, superficially fits the tropes by examining an African tyrant through white eyes, the script by Peter Morgan (The Queen, Frost/Nixon, Rush) and Jeremy Brock (Mrs. Brown, The Eagle) flips the usual script. The story isn’t primarily about one white man’s bravery or his struggle, it’s about his naïveté, and how it stands in for the complacency of a Western world willing to ignore African genocides for financial gain. James McAvoy (the latest Professor X in the X-Men movies) stars as young, adventure-hungry, and entirely fictional Scottish doctor Nicholas Garrigan, who winds up in Uganda as the personal physician to Idi Amin. Flattered by the personal attention from the country’s leader, and taken in by the personal charisma he projects (Forest Whitaker won a well-deserved Best Actor Oscar for the role), Nicholas convinces himself that Amin is stabilizing the region and taking necessary steps to prevent broader chaos, even as events relentlessly suggest otherwise. More personal drama, portrait of an era, and broad metaphor than political lesson, Last King Of Scotland draws heavily on its cast’s ability to bring across deception and self-interest. But it also becomes a riveting, highly textured, incredibly tense story about the cost of waking up to calamity too late. Director Kevin Macdonald (The Eagle, How I Live Now) gives the film a grotesque, graphic immediacy that keeps it from being another self-satisfied fantasy where politicial upheaval is little more than a convenient backdrop for drama. The film airs at 1 a.m. Eastern on HBO Signature East, and is available via HBO GO until June 30.