When Arnold Schwarzenegger wins an Oscar for Escape Plan, this is the clip they’ll play at the Academy Awards 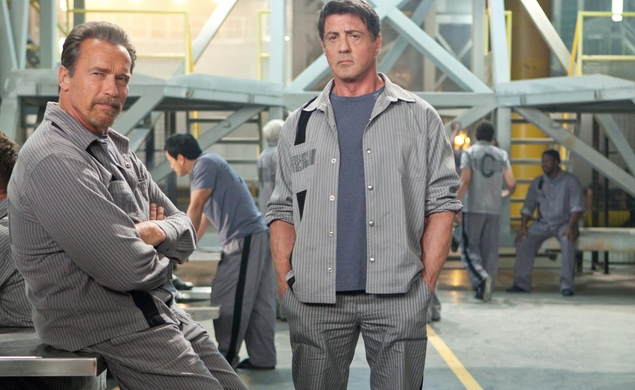 I’m not very good at predicting the Academy Awards, but I know this much: On the basis of the clip below, Arnold Schwarzenegger is a mortal lock for Best Supporting Actor for his role as Emil Rottmayer in the upcoming thriller Escape Plan. And when he wins the award, this same clip, featuring Schwarzenegger drawing a picture of a man’s naked buttocks and an arrow pointing toward them, is the one they’re going to play during the Oscars.

Ladies and gentlemen, I give you… acting:

Again, my track record at Oscar prognostication isn’t the greatest, but as I see it, the only real possibility for a Schwarzenegger upset in the Best Supporting Actor category comes from James Franco for his performance as an evil redneck meth dealer named Gator in the Jason Statham movie Homefront. The winner will ultimately depend, I think, on whether Franco razzes anyone with crude stick-figure drawings.

Escape Plan opens on October 18. That’s 16 days and 8 hours from now (I know; I created a countdown clock). I’m going to go get in line right now.