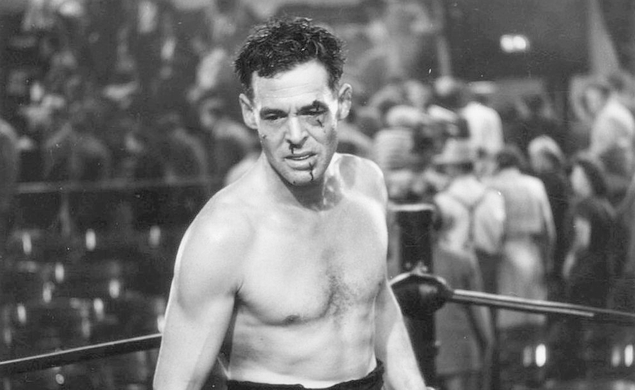 In Robert Wise’s classic noir The Set-Up, star Robert Ryan plays an aging boxer whose manager arranges for him to take a fall in an upcoming fight, then doesn’t bother to tell his fighter about the arrangement, only to watch him rally against the odds in the early rounds. When Ryan’s character finally learns about the set-up, he has to make a hard choice between pragmatism and integrity. Few actors could make the difficulty of that decision weigh as heavily on their face as Ryan, who specialized in playing tough guys with hidden depths. Not all of them were nice guys. Ryan was equally adept in roles like Reno Smith, the villain of John Sturges’ Bad Day At Black Rock, and did especially exceptional work in the films of directors comfortable exploring moral gray areas, like Anthony Mann and Sam Peckinaph.

Ryan was born in Chicago, so it’s fitting that a Chicago critic would be behind the new biography The Lives Of Robert Ryan. Written by the Chicago Reader’s J.R. Jones, the book provides the first extensive look at Ryan’s life, from his life as a child of a Chicago contractor with strong political ties to his work as a liberal activist at the height of the blacklist, and beyond. Jones will be on hand at Chicago’s Music Box Theatre this Sunday for a noon screening of The Set-Up followed by a Q&A that will also feature Matthew Hoffman of Park Ridge Classic Film, and Ryan’s daughter Lisa Ryan. It’s a terrific movie—really one of the best noirs—and it should be a fascinating discussion of a man with an understanding of complex characters, on-screen and off.