Ben Affleck had a Batcave-style panic room in his house 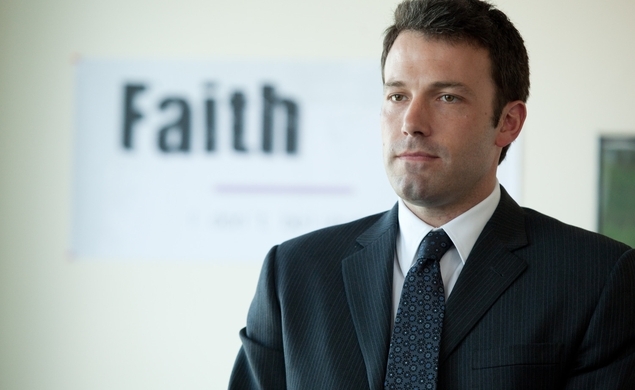 Many hardcore comic-book fans remain skeptical about the casting of Ben Affleck as their beloved hero, Batman, in Zack Snyder’s upcoming Man Of Steel sequel. But at least one hardcore comic-book fan is confident about Affleck’s abilities: his old friend and collaborator Kevin Smith, who defended his buddy in a wide-ranging interview with Entertainment Weekly about his company’s new release, The Dirties, and his upcoming return to filmmaking (after a positively Soderbergian retirement) with a dark comedy called Tusk.

As proof of Affleck’s Bat-bonafides, Smith revealed an interesting tidbit: Smith now lives in a house he bought from Affleck, and back when the Argo star lived there he actually built a panic room in the style of… wait for it…The Batcave:

“He’s always wanted to play Batman. I live in Affleck’s old house, and he built a panic room and the entrance was built to look like a Batcave entrance. It’s a bookcase that you click a button and the bookcase slides back. He’s the only guy I know that would go to do something like that. I asked him, ‘What did that cost to do?’ He was like, ‘50 thousand bucks.’ I was like, ‘Worth every f–king penny, man.’ That’s amazing! If you’re going to have Pearl Harbor, Armageddon type money, build a f–king Batcave entrance in your house. So he’s always loved the character.”

Therefore Ben Affleck will be perfect to play Batman. Or the Jodie Foster character in a remake of Panic Room. Or Batman in a movie about Batman being so scared of home invaders he hides in his panic room. In conclusion, Affleck is a very talented and/or slightly paranoid actor.