Dheepan wins the Palme D'Or in a shocker 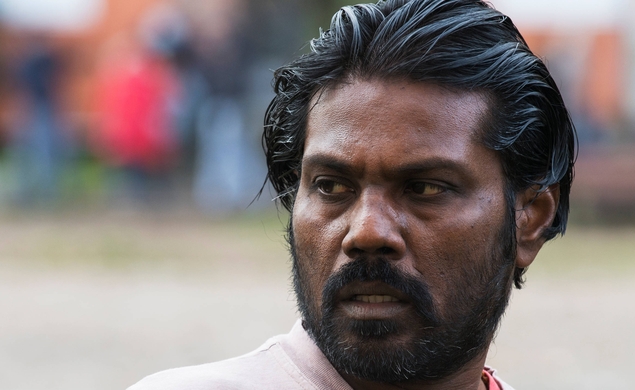 The 68th Cannes Film Festival ended today with the expected defiance of Mike D’Angelo’s awards predictions. The ceremony itself was its usual blissfully brief affair, started with an odd musical number/happy birthday bit involving John C. Reilly and an honorary award granted to Agnès Varda, who got a deserved standing ovation.

Best Actor: Vincent Lindon, The Measure Of A Man

• Two best actress winners was considered very possible, but for Mara and Cate Blanchett in Carol. Giving out two awards for actresses in separate films is surprising to say the least.

• Many predicted Screenplay would be where Yorgos Lanthimos’ The Lobster would get an award, with perhaps Tim Roth winning for Chronic, but that didn’t happen. Lanthimos gets the Jury Prize (third place, basically) instead. (Editor’s note: I am very excited to see this picture.)

• Particularly boisterous applause for Vincent Lindon, who wins Actor as expected. Maybe the performance is amazing (likely, given his work in Claire Denis films like Bastards and Friday Night) and maybe a French actor winning at Cannes is like the Golden State Warriors winning at Oracle Arena.

• Film Twitter very upset about Hou Hsiao-hsien merely getting Best Director for The Assassin, which was the odds-on favorite to win for many prognosticators. Our own Mike D’Angelo, a Hou skeptic, is nodding somewhere in semi-approval.

• The Holocaust drama Son Of Saul, another Palme favorite for some, would have been the first debut feature to win the big prize since Steven Soderbergh’s sex, lies and videotape, but came up just short. Laszlo Nemes, the director, is damnably young, however, and we’ll no doubt be seeing much more of him again in the future.

• A lot of strong opinions out there from people who haven’t seen any of the nominated films.