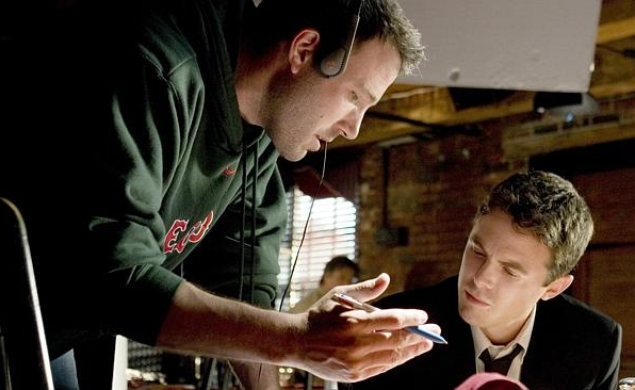 This holiday season is probably going to be pretty fraught for the Affleck family. “What do you have coming up, Ben?” kindly Aunt Jane will ask, probably while passing the mashed potatoes or salting some Brussels sprouts. “Well, Aunt Janie, I’ve got this great movie coming out next month! I play an accountant, but also an assassin! It’s called The Accountant.” But what about Batm—?” “I also have a movie coming out this January, Aunt Jane!” “Oh, Casey, that’s so nice. What’s it about?” “The ocean!” “That sounds go—” “And Chris Pine is in it, too!” “Well, boys, when can I see these movies?” “JANUARY 29!” End scene. Sad.

Warner Bros., per Collider, has dated a slew of new features for the next few months, and one of them is poised to pit Affleck versus Affleck in a battle royale of sibling rivalry the likes of which we haven’t seen in many a year. Place your bets now. Sharpen your knives. Go see the movie that personally appeals to you the most.

Take a look at the new Warner Bros. release calendar:

January 22, 2016: Warner Bros. has taken a so-called “Special Event Film” off the calendar, where it was scheduled to open on January 15, 2016. In its place is a New Line horror feature, which Collider guesses is probably a sequel to Annabelle. That film will face off against The Boy, Criminal, and Risen.

March 11, 2016: Todd Phillips’ Arms & The Dudes, starring Miles Teller and Jonah Hill arrives in theaters in a cloud of pot smoke and really, really bad ideas. That film will open against the Matthew McConaughey-starring Civil War feature Free State Of Jones, the drama Christ The Lord, and some sort of untitled Bad Robot feature.

August 19, 2016: Project XX, a Project X sequel that I had zero idea was actually happening. No word yet on cast, director, or plot, but we’re guessing it will have something to do with “PAAAARRRRTYYY!” The film will go up against Laika’s Kubo And The Two Strings.