Someone mapped the Rocky II training run, and you can complete it on December 7 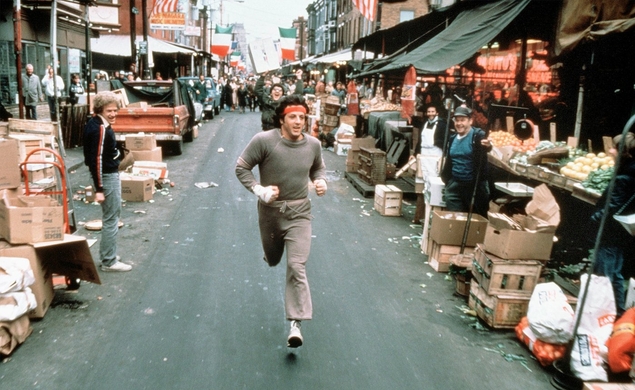 A few weeks ago, Philadelphia Magazine’s Dan McQuade got curious about exactly how far Rocky Balboa’s geographical training montage run across Philly in Rocky II would be if mapped out. The answer was 30.61 miles (about a normal 50k race), which he noted was “one long run. I don’t recommend anyone try it. But if you do, be sure to have a gaggle of children with you” (like the ones Stallone picks up along the way) “and make sure you’re fresh enough to celebrate at the end.” Inevitably, by the next day Philadelphia resident and ultra-marathon vet Rebecca Schaefer had set up a Facebook group to organize a run doing just that. 200 people joined within 24 hours, and as of today there are over 750 members.

“I went out and ran about half the course as it’s laid out in the story,” Schaefer told Philly.com. (That’s not an unusual distance for Schaefer, a professional social media coordinator who regularly runs 40 to 50 miles a week.) “In the spirit of the movie, I decided I’m going to make this a Fatass race.”  And about that term: “I’m learning that not everyone knows the vernacular—it’s very specific to this [ultra-marathon] community,” she said. “It’s not meant to insult anyone—it just refers to a race with no entry fee, no bibs, no medals—you just show up and run. The people who are going to show up to do something like this aren’t going to care about getting a medal, etc., and I think that fits perfectly with the spirit of the movie.”

As Runner’s World’s Michelle Hamilton observed, McQuade followed up his original post with a recalculation after it was pointed out that Rocky appears to be running south through the Italian Market, rather than north. That cuts the distance run down to 20.25 miles slightly, but Schaefer’s sticking with the original figure. “We're ultra runners, so we’re going to stick with the full 50K,” she said. “Yes, we will be going the wrong direction through the Italian market, but no matter which direction you run, it’s a cool place to see.” The race will take place December 7, beginning at Rocky’s house and ending at the top of the Philadelphia Art Museum’s stairs. “While the run will be informal, there may be surprises,” Hamilton notes. “Participants charging up the stairs of the art museum just might find themselves surrounded by kids cheering them on, ‘Gonna Fly Now’ streaming from a boom box.”

For those who need their memory refreshed, here’s the Rocky II training montage:

UPDATE: We got a note from Philadelphia Magazine’s Dan McQuade with this clarification on the length of the Rocky II run:

“The run is 30.whatever miles whether or not Rocky is going North or South through the Italian Market. (Considering I made up the parts in between, I guess it could be anywhere between 29 and 32 miles, depending on how far you run.) I just made an alternate version that puts the scenes in a more logical order, and corrected the route through the Italian Market in that one. I would have done it with the original, too, but by the time someone pointed it out it had spread too far. My mistake in the original article didn’t extend the distance by 10 miles as written.”

So there you have it. Rocky definitively ran a super-crazy amount, not just a crazy amount.