Here’s the first trailer for Mia Hansen-Love's Eden, which is not a Daft Punk biopic 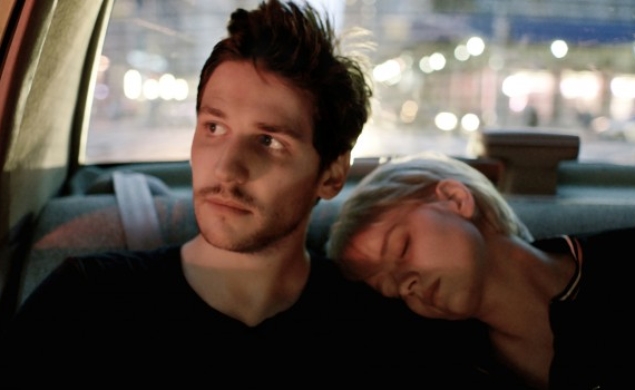 Mia Hansen-Løve really wants you guys to know that Eden is not a Daft Punk biopic. If you expect to see a biopic of Daft Punk, you will be very disappointed. There’s still time to leave.

Still here? Hey, great. Let’s talk about what Eden is, then watch its first trailer, which dropped today. The film is the uber-talented Hansen-Løve’s fourth, following Father Of My Children, Tout Est Pardonne, and Goodbye First Love, a bittersweet romantic drama that’s a favorite among us mushy Dissolvers. Eden is a sprawling, lightly fictionalized take on the life of Hansen-Løve’s brother, Sven Hansen-Løve (now officially in the running for Best Name Ever), who spent two decades as a DJ in the Paris house/garage dance-music scene, but failed to evolve with his peers (i.e., Daft Punk, who this movie is not about!, but who did contribute several songs to its soundtrack) because he couldn’t give up his EDM #lifestyle. Sex and drugs and house, and whatnot.

“Based on the experiences of Hansen-Løve’s brother (and co-writer) Sven, EDEN follows Paul (Félix de Givry), a teenager in the underground scene of early-nineties Paris. Rave parties dominate that culture, but he's drawn to the more soulful rhythms of Chicago's garage house. He forms a DJ collective named Cheers (in a parallel storyline, two of his friends form Daft Punk, who float throughout the movie), and together he and his friends plunge into the ephemeral nightlife of sex, drugs, and endless music. Featuring memorable appearances from Greta Gerwig and Brady Corbet (and shot by cinematographer Denis Lenoir), Hansen-Løve's film is a shimmering swirl of color, light and baselines—an intoxicating cocktail of euphoria and melancholy as alive as any nightclub.”

The trail of the tape
Title: Eden
Director: Mia Hansen-Løve
Screenwriters: Mia Hansen-Løve, Sven Hansen-Løve
Cast: Félix de Givry, Pauline Etienne, Greta Gerwig, Brady Corbet, Arsinee Khanjian,Vincent Macaigne
Release date: June 19 in New York and Los Angeles, followed by a nationwide release
The entire trailer in one line of dialogue: “Do you like it?” “I mean, it’s great to dance to but I don’t know that I would listen to it every day at home.”
The entire trailer in one screengrab:

Our own Noel Murray caught Eden at its Toronto International Film Festival premiere, and compared it to Mr. Turner, another film about a dude getting laid on the reg: “Both films meander too much, holding fast to a ‘here’s a bunch of stuff that happened’ structure, but both also move easily through moments of illumination into their respective lives and times. And while Mr. Turner is more polished and enjoyable than the oppressively melancholy Eden, I found the latter’s depiction of a man aging out of his chosen career to be more haunting overall.”

Personally, I’m not a huge EDM fan; perhaps I’ve spent one too many a hot summer day at Lollapalooza watching suburban teens rolling on ecstasy and weeping into each other’s ironic fanny packs during DeadMau5 sets. But clearly, Eden has more on its mind than “here’s a complete history of EDM”—Greta Gerwig’s line in particular, which sums up a standard critique of the genre in one fell, Greta Gerwig-y swoop, means the film’s not lacking in self-awareness. But remember: It is lacking in Daft-Punk biopic.