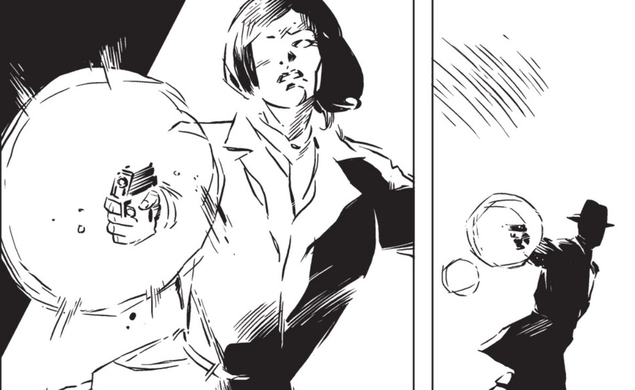 Chad Stahelski and David Leitch, the dynamic duo responsible for last year’s surprisingly great John Wick, have snagged Charlize Theron for their next film, a Cold War cloak-and-dagger thriller that will ostensibly feature no dead puppies as plot points. According to Deadline, the film, called The Coldest City (a very Cold War-y title), will be the next project helmed by the co-directors, working off of Kurt Johnstad (300, Act Of Valor, the upcoming Aquaman)’s script from Antony Johnston’s graphic novel of the same name. Here’s the official synopsis:

November 1989. Communism is collapsing, and soon the Berlin Wall will come down with it. But before that happens there is one last bit of cloak & dagger to attend to. Two weeks ago, an undercover MI6 officer was killed in Berlin. He was carrying information from a source in the East—a list that allegedly contains the name of every espionage agent working in Berlin, on all sides. No list was found on his body. Now Lorraine Broughton, an experienced spy with no pre-existing ties to Berlin, has been sent into this powderkeg of social unrest, counter-espionage, defections gone bad and secret assassinations to bring back the list and save the lives of the British agents whose identities reside on it.

The film is slated to go into production this fall, with principal shooting taking place in Germany. Theron has really been on a roll with these dark-sounding movies lately: Mad Max: Fury Road, Dark Places, and The Last Face, which could very well be a happy, cheerful film about smiling faces, but given that Sean Penn’s directing, I kinda doubt it.

Stahelski and Leitch are also reportedly working on John Wick 2, which will hopefully not begin a trend of killing off obscure family members a la the Death Wish series, or Arnold’s favorite second cousin in Last Action Hero (a deeply flawed but utterly fascinating movie I’ll defend to my death). John Wick accrued serious critical praise last year; with its clean editing, fluid camerawork, and most carefully calculated carnage, it’s one of the prettiest action flicks to splatter the screen in recent years. The film follows the title character (Keanu Reeves), a former assassin who once killed three guys in a bar with a pencil, as he goes on an ass-kicking spree when some Russian gangster punks kill his puppy, which his late wife left him as a final gift. It’s actually super sad, and I may have cried during the first 10 minutes. Real men love dogs. It also has the single best one-syllable line delivery, courtesy of Michael Nyqvist, of 2014. (“Oh.”)

As Reeves told our own Matt Singer last year, he acted as an unofficial producer on the film, doing “producorial things” and assisting with editing. He also finally confirmed that he agrees “You owe me a life” is a really strange thing to say to someone, so that’s comforting.