Kevin Hart will take the stage again in concert film What Now? 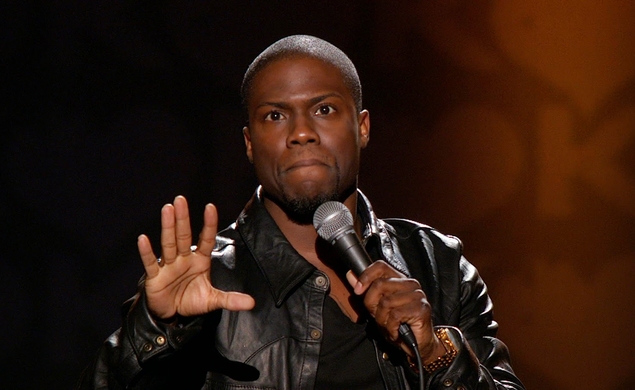 Hollywood’s still figuring out what to do with Kevin Hart. For the moment, they may be perfectly content doling out flimsy yet sweepingly popular studio vehicles that pair him with white men of varying levels of doof-ness. They’ve done so, and generously; Hart’s been everywhere lately. In the past couple years alone, Hart’s appeared in Get Hard, The Wedding Ringer, Top Five, Think Like A Man Too, About Last Night, and Ride Along. And he’s showing no signs of slowing up, with impending roles in a Ride Along sequel and projects with LeBron James, Dwayne “The Rock” Johnson, and Jamie Foxx all on the horizon. Presumably, he also busies himself with sleeping, and eating.

But Hart will soon attain a marker of showbiz success that most stand-up comedians can only dream about: a theatrical-release concert film. (A second one, anyway.) Warner Bros. announced today that Kevin Hart: What Now?—not to be confused with this shamefully bad film—will go into wide release on October 14, 2016. Green-lighting the project was a no-brainer for Warner Bros., seeing as Hart’s last concert film Let Me Explain raked in $32 million at the box office. It was the fourth-highest gross of all time for a stand-up comedy film. Diminutive as he may be, Hart’s talent is simply too big to be constrained.

Hart will not return to Let Me Explain’s Madison Square Garden for his next stand-up film. What Now? was recorded during Hart’s show at Lincoln Financial Field in Philadelphia, home turf of the Eagles. In another testament to Hart’s mind-boggling popularity, that show marked the first time a comedian ever played to a sold-out football stadium. Fifty thousand seats is nothing to Kevin Hart. But fame like that can separate a guy from his roots. In case you’re reading this Kevin Hart, here’s a friendly reminder to continue keeping it real: