Our next Movie Of The Week: Walk Hard: The Dewey Cox Story 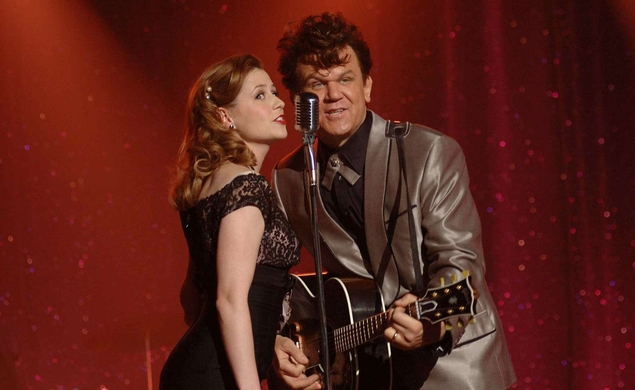 As I wrote last year in a piece outlining the “five simple rules for making biopics about geniuses,” the pitfalls for biopics are already many, but that’s doubly true of geniuses and triply true about musical geniuses. But the brilliantly funny spoof Walk Hard: The Dewey Cox Story—scripted by Jake Kasdan and Judd Apatow, and directed by Kasdan—goes deeper than merely lampooning its primary source, the Johnny Cash biopic Walk The Line. Kasdan and Apatow send up the entire subgenre, along with the actual lives of famous musicians, which themselves follow a series of “Behind The Music” clichés. With its hackneyed framing device, its meandering cradle-to-grave arc, its sharp rise to fame and inevitable descent (and repeated descent) into sex and drugs, and its tidy redemptive ending, Walk Hard falls into every imaginable trip. But it also ingeniously suggests that the one-size-fits-all package of the standard musical biopic applies to Johnny Cash, Ray Charles, Elvis Presley, and all the other big icons.

In a performance full of guile and absent of shame, John C. Reilly stars as Dewey Cox, a prodigy from rural Alabama who’s living with the formative guilt of cutting his brother in half in a machete fight. (“Dewey, I’m cut in half pretty bad.”) He tragically loses his sense of smell that day—foreshadowing alert!—and loses his father’s love, too, especially after he picks up the guitar and scandalizes the locals with his devil’s music. From there, Dewey’s path to fame and infamy takes him to the highs of an instant No. 1 hit to the lows of rehab and jail, when the temptations of women and drugs get the best of him. Along the way, he gets double-married, meets various musical legends (Paul Rudd as John Lennon is an impression for the ages), and fathers 22 children of varying ethnicities. But, in the end, it’s a “beautiful ride”—which happens to be the name of his career-capping masterpiece.

Next week at The Dissolve, we’ll do our best to comprehend the transcendent energy of Dewey Cox, starting with my Keynote Tuesday on how Walk Hard squares the biopic with real artist biographies. Also on Tuesday, Genevieve Koski and Keith Phipps will discuss the film’s wide-ranging virtues in our Forum. Then on Thursday, Noel Murray will follow up with the history of popular music, as told by fictional movie musicians. Together, we will re-invent the essay. It’ll be called “shmessay.”

For now, we leave you with the best possible argument for marijuana use: