Jason Clarke will play the evilest Nazi in HHHH 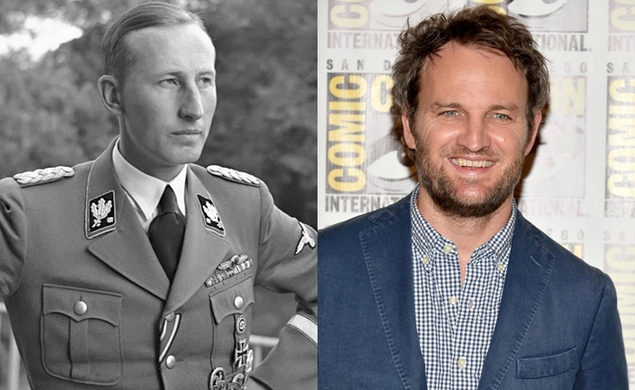 If someone asked you, “Who was the worst Nazi?” what would your answer be? Adolf Hitler, right? Or was he? Not to undermine Hitler’s massive and obvious evilness or anything, but another high-ranking German Nazi official might actually have a better claim to the title of Worst Nazi: Reinhard Heydrich, the primary architect of the “Final Solution,” which aimed to systemically exterminate Jews in Nazi-controlled Europe through mass genocide. Heydrich was also the founding head of Sicherheitsdienst, the intelligence arm of the SS that sought out and eliminated Nazi resistors. Hitler himself called Heydrich “the man with the iron heart”—that’s right, even Hitler thought Heydrich was a cold-ass motherfucker.

So here’s another question: Who’s the obvious choice to play this man of utmost, insane evil in an upcoming film about Heydrich’s rise and fall? If you said, “Jason Clarke, duh,” that’s kind of a weird response, but also, in this case, apparently the correct one. Variety reports that Clarke, who will play John Connor in the upcoming Terminator Genisys, is set to star in HHHH, a WWII-set drama from French director Cedric Jimenez (The Connection). He’ll be joined by Gone Girl’s Rosamund Pike, playing Heydrich’s wife Lina, who reportedly introduced her husband to the Nazi ideology he would go on to promote and pervert in disgusting ways that would alter world history forever. Jack O’Connell and Jack Reynor will also star as—spoiler for a seven-decade-old historical fact—the Czech and Slovak-born paratroopers who assassinated Heydrich in 1942. Mia Wasikowska is also on board as a Czech resistance fighter.

David Farr, who co-wrote 2011’s Hanna, will be scripting HHHH alongside Jimenez and his Connection writer Audrey Diwan, adapting Laurent Binet’s debut 2010 novel, which reportedly takes a literary, self-reflexive approach to this historical story. HHHH—an initialism for a German phrase that translates to “Himmler’s brain is called Heydrich”—blends historical fact, a fictional narrative, and “authorial reflection in what [Binet] labels an ‘infranovel,’ ” which sounds like interesting material for cinematic adaptation. Whether the movie HHHH will follow the book closely or just use it as a jumping-off point for a more straight-ahead historical drama remains to be seen, but at this point, the talent involved at least indicates a somewhat unexpected approach.

HHHH is set to begin filming in Prague and Budapest in August.