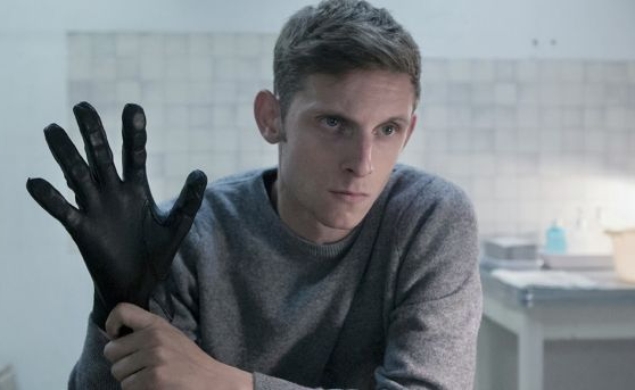 Toa Fraser’s much buzzed-about forthcoming film 6 Days is based on a real-life ordeal: In April 1980, six armed gunmen stormed the Iranian Embassy at London’s Princess gate, taking hostages and engaging in a tense six-day standoff with British SAS forces that ended violently. Some of the former SAS members who participated in the final siege acted as consultants on Fraser’s film, which now has a principal cast—Deadline reports that Jamie Bell (appearing as Ben Grimm, a.k.a. The Thing, in Josh Trank’s upcoming Fantastic Four reboot), Mark Strong (Britain’s go-to guy for bald baddies), and Abbie Cornish have all signed on.

6 Days will be Fraser’s biggest film to date, and certainly his highest-profile—his feature film debut No. 2 (eventually released as Naming Number Two in America) premiered at the 2006 Sundance Film Festival, where it nabbed the World Cinema Audience Award for Dramatic Feature. 6 Days reunites Fraser with Glenn Standring and Matthew Metcalfe, the writer and producer, respectively, of Fraser’s recent The Dead Lands. That film came and went pretty quickly and without much online chatter, though New Zealand liked it enough to pick it as the official Foreign Language Film entry at the 87th Oscars. (It didn’t get nominated.)

The Dead Lands tells the bone-crunching, blood-spraying coming-of-age story of a young Maori man who has to avenge his murdered father and honor the souls of his loved ones. The visually splendent film borrows The Lord Of The Rings’ native locale (as well as its casting director Liz Mullane) and mixes in some really heady violence, a la Mel Gibson’s gut-punch of a movie Apocalypto, gradually delving deeper and deeper into pure unadulterated violence by the relentless final third, when all is shoved aside in favor of flaps of flesh flecked with so much blood and brains and piles of corpses. It’s pretty fun.

While The Dead Lands has an undeniable and unfortunate tendency to lapse into overly familiar genre tropes, particularly regarding its Gibson-derived brutality (and let’s be real here, no one does brutality with as much verse and poise as Mel Gibson; everything looks a little lamer next to Apocalypto), Fraser also undeniably displays an acute feeling for ’70s Hong Kong-esque action, and captures the visceral bloodletting with a strange sort of spirituality that eludes most films of this nature. He seems to find tranquility in the maiming of men. If nothing else, The Dead Lands displays the prodigious talents of a filmmaker who just needs to find his voice. It only makes 6 Days a more exciting proposition: If Fraser does action this well in a film that basically functions as an exercise in style, maybe he can weave that verisimilitude into an actual narrative and create something special. And bloody.