Zac Efron to drop the bass directly into an EDM film from Warner Bros. 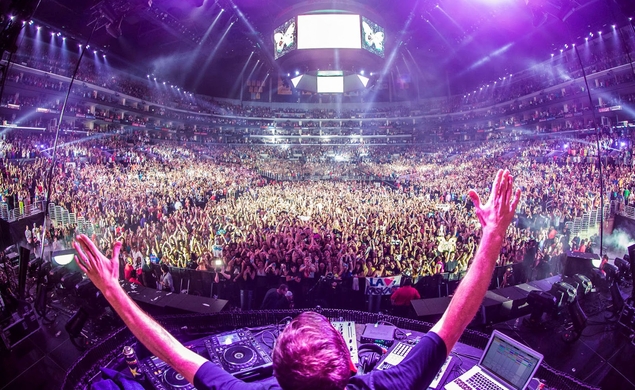 Deadline reports today that a new EDM-oriented film called We Are Your Friends will put the “bros” back in Warner Bros. when it drops on August 28. The film stars Zac Efron as Cole, a down-on-his-luck DJ struggling to break into Los Angeles’ EDM scene. Cole befriends an experienced DJ named James (played by Wes Bentley, which is weird, but we’re listening), and a mentorship develops between the two. But that bond is threatened when romantic feelings — or as #millennials might call them, #feels — blossom between Cole and Sophie (Emily Ratajkowski of Gone Girl fame and “Blurred Lines” notoriety), James’ girlfriend. A love triangle soon takes shape, and as any disc jockey worth his bath salts knows, a turntable can’t spin a triangular record. God willing, that line will not appear in the final cut of the film.

The reveal of We Are Your Friends’ release date arrives hot on the heels of an announcement for another EDM-tinged picture, Voltage Pictures’ XO. It took studio executives a while, but they’ve finally come around to the realization that there may be gold in them thar EDM hills. How well such a concept will work in practice has yet to be seen. The appeal of EDM lies in its spirit of activity, so the genre may lose some of its followers by demanding they spend 90 minutes parked in a seat instead of flailing wildly to the music. But my words can’t possibly do the experience of attending an EDM concert justice. Feast your eyes on this: