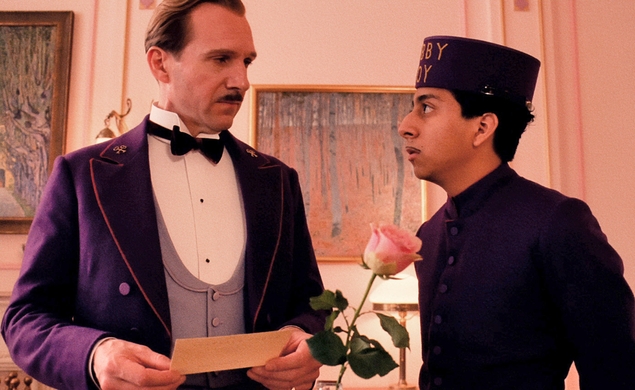 Wes Anderson has never been a “one for them, one for me” kind of filmmaker. Anderson’s films are so deeply rooted in his idiosyncratic personality that it’s hard to even imagine what work-for-hire from Anderson might look or feel like. Though his fingerprints are all over his homemade concoctions, he’s never made a movie that reflected his personality to the extent of The Grand Budapest Hotel, the most Wes Anderson movie ever made.

Utilizing an ingenious Russian-nesting-doll structure that places stories within stories within stories, the film casts Ralph Fiennes as M. Gustave H, a larger-than-life concierge and all-around bon vivant who ends up serving as an unreliable but brilliant mentor to Zero Moustafa (Tony Revolori), an ambitious young immigrant with soulful eyes. The film is genuinely hilarious, gorgeous, and blessed with Anderson’s repertory company (many of whom play concierges, appropriately enough), but also deeply melancholy in its bittersweet depiction of a past long disappeared—a past that might have only existed in Anderson’s fertile imagination. The Grand Budapest Hotel airs tonight on HBO Zone East at 9 p.m. Eastern.