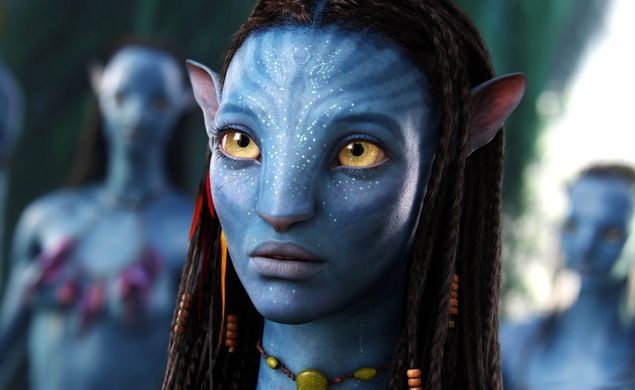 The next three Avatar movies are still a few years away, but the hype machine has already begun for the follow-ups to James Cameron’s insanely popular, then strangely ignored box-office champion, which centered on a magical world called Pandora and its fantastical inhabitants’ war with blood-thirsty neocon types. Today brings news that Cameron may have a script for a fourth sequel that he’s trying to “condense back into the previously planned three sequels”; last week, our own Kate Erbland reported on an Avatar traveling exhibit that will begin touring in the fall of next year to remind people that Avatar exists, and made a lot of money.

Are you unwilling to wait until next fall for the exhibit’s “dynamic 45-minute guest engagement” (that makes it sound like some function at a wedding)? You are in luck, then, as Avatar and Cirque du Soleil have engaged in some sweaty, blue Na’vi mating ritual and created Toruk—The First Flight, a tribute to Cameron’s record-breaking smash. The show will begin previews in November with an eye toward a December opening and a North American tour.

According to the show’s Facebook page, TORUK – The First Flight is “inspired by James Cameron’s AVATAR, a live experience by Cirque du Soleil, envisions a world beyond imagination set thousands of years before the events depicted in the film. The word Toruk, in the Na’vi language, refers to the great leonopteryx, the mighty red and orange predator that rules the Pandoran sky. Central in Na’vi lore and culture, this fascinating creature is crucial to the Na’vi clans’ sense of destiny and interconnectedness–and is about to be ridden for the very first time by a Na’vi.”

A trailer has been produced for the show, but because it is in Na’vi, the traditional language spoken by the inhabitants of Pandora, it is damn near impossible to know what’s being said, at least for us non-Na’vi-speakers.

The show will mark Cameron’s second collaboration with the eccentric entertainers; he previously produced the 2012 3-D Cirque movie Worlds Away. Cameron’s Avatar and Cirque du Soleil are alike in that they each beckon audiences to enter a fantastical new world of spectacle and imagination beyond their wildest dreams, where the magical is commonplace and the commonplace magical. That is a very overblown way of saying that both are probably best experienced by people on psychedelic mushrooms. So if you have a lot of money and a lot of psychedelic mushrooms and really love both Cirque du Soleil and Avatar, then you are in for a treat at the end of the year.