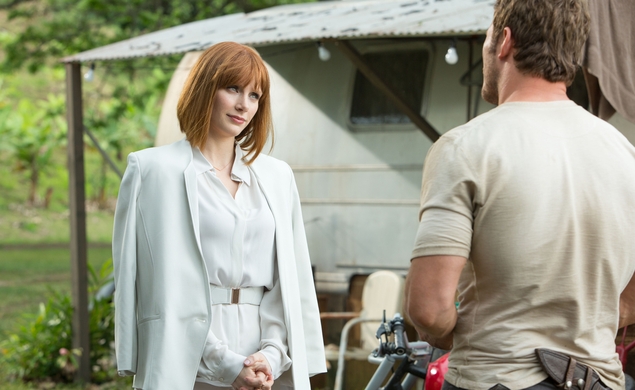 The Telegraph’s Helen O’Hara wonders if VHS is making a comeback:
“While VHS collecting is still a largely underground culture, rare and sought-after titles – most of them banned as video nasties – can cost thousands of pounds. 1977’s The Beast in Heat will usually fetch upwards of £1,000, largely because few copies escaped the ban intact. Among the films on most collectors’ holy grail lists are the John Carradine-hosted shockumentary Journey Into the Beyond, nursing school horror The Jekyll and Hyde Portfolio, Nazi monster movie Flesh Eaters, haunted house horror Satan War and 1975 vampire drama Lemora, Lady Dracula. Find one of those in good condition, and you can pretty much name your price. Time is running out to preserve video, because even aside from the limitations of the format itself – the scratches, the dust, the risk that a faulty VCR will chew up your tape and spit it out – video mould will soon chew through any tapes not properly cared for.”

The Hairpin’s Isabel Slone has a definitive ranking of every Kurt Cobain movie ever made:
“8. Kurt and Courtney (1998). Kurt and Courtney traffics in the lurid theories surrounding Cobain’s death, including testimony from an oafish thrash metal musician named El Duce (lyrics include; ‘You are my personal whore,’ sung while wearing an executioner’s mask) who claims Courtney offered him $50,000 to ‘whack’ Kurt. Director Nick Broomfield is the ultimate hypocrite, complaining about Courtney trying to control the narrative of the story while asking obvious leading questions to every one of his interview subjects (e.g. ‘I hear Kurt was a very loving father…’). The movie is virulently anti-Courtney, interviewing her father Hank Harrison who calls her ‘deranged’ and a Rod Stewart doppelganger ex-boyfriend who goes on a tirade claiming she ‘stole his career.’ Based on this movie, it’s incredibly hard to believe that Nick Broomfield is the director of at least thirty-one more reputable films.”

Esquire’s Nick Schager explores why it’s historically been so hard to make Stephen King’s The Dark Tower into a movie:
“Boasting its own specialized language and an immense roster of characters led by Roland's sidekicks Jake, Susannah Dean (a wheelchair-bound African-American woman from the 1960s with a split personality), Eddie Dean (a junkie from the 1980s with a knack for sharpshooting), and their pet Oy, the novels deliver a barrage of show-stopping set pieces involving (to name only a few) a sentient train, a cyborg bear, and none other than Stephen King himself. To put it bluntly: The Dark Tower is gargantuan. And gargantuan in a way that isn't easily condensable. While each novel might, on its own terms, lend itself to minor abbreviations—an encounter cut here, a diversion shortened there—there's no way to fundamentally get rid of, or even effectively skim over, any of the seven official novels. A possible exception to that rule might be Dark Tower IV: Wizard and Glass, which functions as one long flashback to Roland's youthful familial and romantic dramas. Yet even ditching Wizard and Glass would entail casting off so much of Roland's backstory that his motivations, and the basic nature of his character, would seriously suffer in the process.”