David Oyelowo gets super-intense in the trailer for HBO's Nightingale 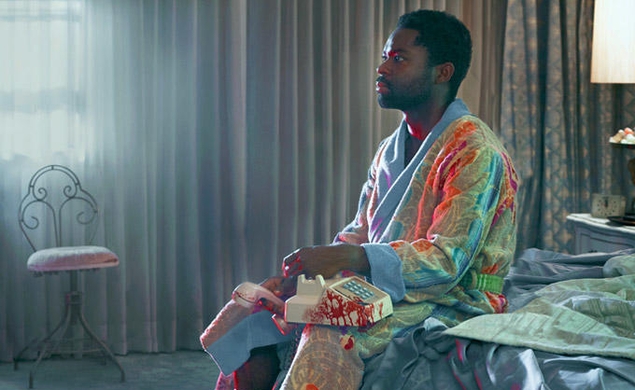 British actor David Oyelowo has been making a strong impression on filmgoers for the past few years. He did his time in the Lee Daniels camp, with prominent supporting roles in The Butler—as the misbehaving son who gives dad Forest Whitaker nothing but headaches and white hairs—and in the Nicole Kidman-pees-on-Zac Efron campfest The Paperboy.

But the British stage actor turned American film star’s breakout performance was in the challenging role of Martin Luther King, Jr. in last year’s Selma. The film was nominated for Best Picture and won Best Song for John Legend and Common’s “Glory,” even though, controversially, neither Oyelowo nor director Ava DuVernay were nominated for their participation in the film.

Nothing screams “I’ve arrived” quite like headlining your own one-man show, even if it’s on television (or rather, HBO), and that is just what Oyelowo is doing in the dark and disturbing-looking HBO film Nightingale. Brad Pitt executive-produced the intense drama, a single-character, single-location drama chronicling the psychological unraveling of a veteran before a friend’s visit.

Set to the psychotically cheerful strains of Animotion’s “Obsession” (we’re guessing to convey that the character has an “obsession” of some sort), the new trailer for the film reminds me a lot of William Friedkin’s adaptation of Tracy Letts’ Bug. That wasn’t a one-man show—in fact, it featured one of Ashley Judd’s finest performances, in addition to boasting a performance by Michael Shannon that helped establish his reputation as the most intense dude ever—yet its psychological intensity and brutal intimacy made it feel almost like one. And like Nightingale, Bug chronicled the mental deterioration of a paranoid and mentally ill veteran raging against an outside world filled with danger and menace.

Judging from this trailer, which suggests much but says very little, Oyelowo might just be gunning for Shannon’s title as entertainment’s most intense dude. If nothing else, this looks like one hell of an actor’s showcase and should be of particular interest to folks who feel the acclaimed thespian got robbed of a nomination for Selma.