Our Next Movie Of The Week: Hulk 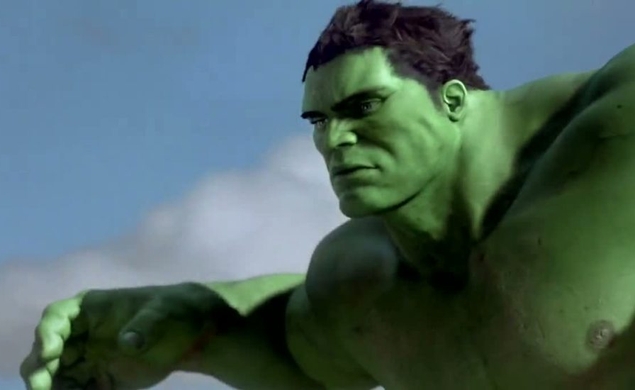 We occasionally like to turn The Dissolve’s Movie Of The Week space over to flawed-but-fascinating films and, boy oh boy, does Ang Lee’s Hulk qualify as both. Released the summer after Spider-Man became a huge hit and a few months after X2: X-Men United confirmed that 21st-century audiences still had a hunger for superheroes, Hulk was poised to become the defining movie of the 2003 summer blockbuster season. That didn’t happen. Though it made money, Hulk left audiences and critics alike confused by what they’d just seen. Here was a movie about a man who turns into a big, green, smash-happy monster that was also about the persistence of childhood trauma and the struggle of sons to set themselves apart from their fathers. What sort of movie was this?

Eleven years on, the answer’s not much clearer. Lee was coming off the 2000 hit—and former Movie Of The Week—Crouching Tiger, Hidden Dragon, a film that combined action and high emotion to tremendous effect. Hulk attempts a similar merger, using a tortured hero and the trappings of the superhero film to explore themes of repression and how the scars of childhood never truly fade. Does it work? Sort of! The ending’s a disaster, and the effects, criticized at the time, look no better thanks to subsequent advances in technology. But its ambition is admirable, and it’s intriguing as a remnant from a time before the rules of the superhero film had been clearly defined by Marvel’s Cinematic Universe. Maybe the form would be defined less by the dictates of a larger master plan and the confines of a house style than the ideas of a strong director putting his or her stamp on the material. There was, in other words, a moment when it sort of made sense to have Ang Lee direct a movie starring the Hulk, even if now that movie seems like the product of an alternate universe.

Here’s the trailer to get the gamma rays pumping: