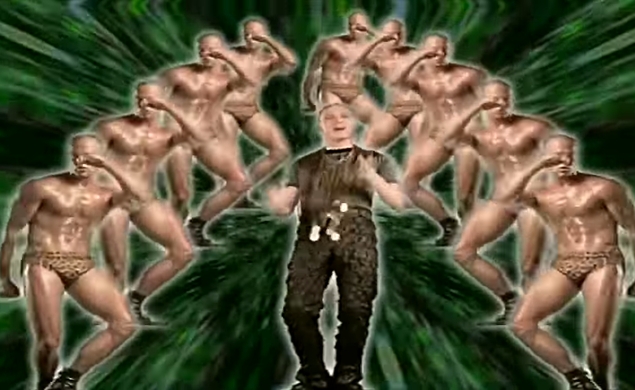 Being an actor sounds like a blast. You get to feel feelings for a living, pal around with other famous people, receive fabulous free gifts everywhere you go, swim in an infinite pool of grateful sexual partners, and enjoy adoration from untold legions of strangers across the globe. Of course, that’s only the case for the .0125 percent of actors who can scratch and claw their way onto the A-list. For the vast majority of actors, every day slaps them with another failed audition and another bill in need of payment. Bussing tables and parking Benzes can only keep the lights on for so long. It’s not uncommon for actors to resort to slightly more unsavory methods in search of an alternate revenue stream.

Jason Statham was 30 years old when he landed his breakout role in Guy Ritchie’s Lock, Stock, And Two Smoking Barrels. (Recently savaged by our beloved Nathan Rabin during his dauntless trek through the IMDB 250.) That’s to say that he must’ve labored in obscurity for a while before ascending to international attentions. Not as obscure as he might like, however. A sharp-eyed user on Reddit noticed a familiar face in the music video for the single “Comin’ On” by Scottish electronica outfit The Shamen. Who’s that oiled-up muscleman gyrating in the animal-print banana hammock? Is that… no. No way that’s Furious 7 star Jason Statham. But it is! The dude had to take work where he could get it, and sometimes that means slathering yourself in baby oil and doing a routine out of Magic Mike Time-Travels To 1980s Scotland.

A different user, encouraged by the original post, chimed in with another music-video appearance from Statham. The action stalwart, silver glitter-paint smeared all over his body, boogies atop some kind of giant atomic structure in the clip for synthpop group Erasure’s “Run To The Sun”. We’ve embedded both videos below for your viewing pleasure. It’s a cold world out there; reignite the warmth within you as you’re hypnotized by Statham’s undulating pelvis. So strong. So oily.