Our next Movie Of The Week: The Conversation 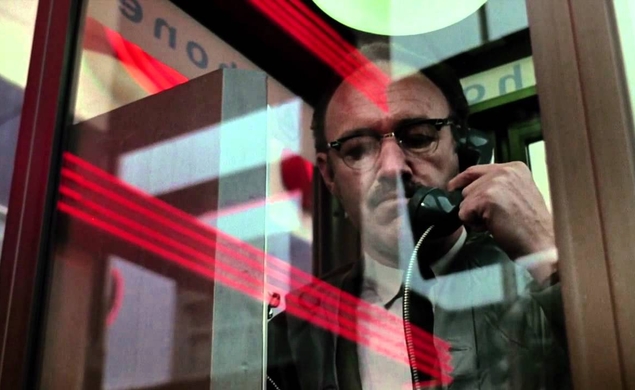 Francis Ford Coppola’s 1974 thriller The Conversation, our next Movie Of The Week, boils down to that simple phrase and the subtle inflection that gives it one of two radically different meanings. Arriving in theaters just two years after the Watergate scandal, The Conversation served as a relevant (if accidental, according to Coppola) commentary on the paranoia that gripped the nation in its aftermath, but it’s really a comprehensive dive into ambiguity itself and the moral difficulties of finding your way through the fog. In Harry Caul, a private surveillance expert brilliantly played by Gene Hackman, the film offers a hero who invades the lives of other people while scrupulously building a fortress around himself. When the castle walls start to tumble around him, however, the impact on his life is profound and devastating, and elevate Coppola’s thriller to a commentary on guilt, power, deception, and the encroachment of cherished American freedoms.

Beyond Hackman and Coppola, the real MVP of The Conversation may be editor Walter Murch, who makes his presence known in the crucial opening sequence in San Francisco’s Union Square, where the discussion of the title takes place. As Harry and his men follow a couple (Frederic Forrest and Cindy Williams) with multiple sound recording devices, Murch allows us to hear bits and pieces of their conversation, along with the breakup of lost signals. Those subtle hints of dialogue heard, not heard, or misheard form an unsettling aural template for the entire movie, which finds Harry trying to do his job without facing the potentially tragic results of his recording. Tormented by a past operation that led to three people getting murdered in New York, Harry claims outwardly to be a professional focused on putting together a clean recording, but his guilty conscience tugs at him mercilessly. When he crosses the line, the consequences are substantial.

Our Movie Of The Week coverage of The Conversation kicks off on Tuesday with my Keynote on the many walls of Harry Caul and a wide-ranging Forum discussion between Keith Phipps and Nathan Rabin. Then on Thursday, Charles Bramesco will investigate Murch’s crucial role in the making of the film. We will also be logging the names and IP addresses of everyone who contributes to the comments, for reasons that we will not disclose at this time.