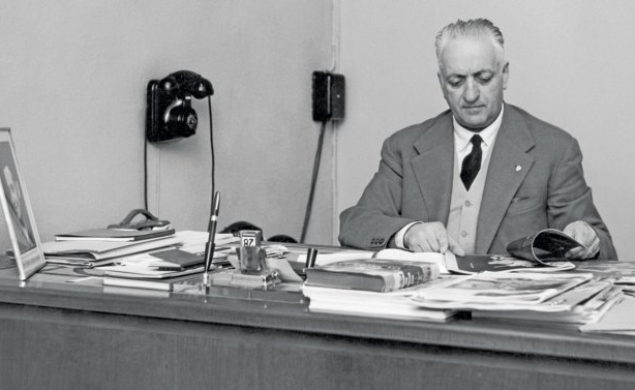 It’s near-impossible for the inimitable Michael Mann to make a boring film. For Mann, the action is the juice. He cut his teeth on highly stylized thrillers, and has subsequently approached all of his films, regardless of the subject, with the same bracing energy and almost existential yearning. He made Big Tobacco and journalistic ethics exciting in his acclaimed 1999 drama The Insider, led by a powerhouse performance from Russell Crowe; he eschewed any attempts to vivisect or understand Muhammad Ali as a person, instead opting to approach the man as a myth manifest as flesh, in the Will Smith-starring Ali; and he depicted notorious bank robber John Dillinger as a proto-rockstar in Prohibition-era America in Public Enemies, a turning point in his ever-oscillating career.

Mann began experimenting with digital filmmaking in Ali, Collateral, Miami Vice, and, most intensively, Public Enemies in 2009. The film raked in over $200 million, but earned such poor reviews that six years passed before he made another movie. That movie, the techo-thriller Blackhat, came out in January, earning similarly polarized reviews and an emaciated box-office return of $18 million on a budget of $70 million.

Thankfully, it won’t be six years until he makes another film, even with Blackhat’s poor performance. It’ll be closer to one year: Mann will be in the driver’s seat of a film about Enzo Ferrari, the Italian car pioneer, according to Variety. CGM chief exec Niels Juul says they have a finished script and plan to begin shooting in 2016. Vittorio Cecchi Gori, whose production company Cecchi Gori Media produced the Oscar-winning Holocaust tragi-comedy Life Is Beautiful, is producing.

If the idea of Michael Mann directing a movie about an autocratic mogul who played wicked psychological games with his drivers and fostered an atmosphere of cruel competition doesn’t get your heart pumping, you probably have oil sludge in your veins.

Ferrari has been a popular subject for potential films, but none have actually come to fruition. A while back, Mann was in talks to direct a different film about Ferrari based on the book Go Like Hell: Ford, Ferrari, And Their Battle For Speed And Glory At Le Mans by A.J. Baime. But the project fell through. Before that, Gori tapped Sydney Pollack to direct a Ferrari film with Al Pacino in the lead, but that also fell through. Then Pollack died in 2008. (Al Pacino is still alive.) And, as we mentioned last week, Robert De Niro, who appeared with Pacino in Mann’s 1995 crime classic (and former Dissolve MotW) Heat, plans on portraying Ferrari in an unrelated film that will purportedly have a huge budget, and might be directed by Clint Eastwood. De Niro had been slated to play Ferrari in a Mann-helmed film in the early ’90s, but, as with every other Ferrari film, it never happened. Now we’ll have not one but two Ferrari films in quick succession. It’s like Armageddon and Deep Impact all over again, but with Michael Mann and Clint Eastwood instead of Michael Bay and Mimi Leder.