Al Pacino's got some atoning to do in the Manglehorn trailer 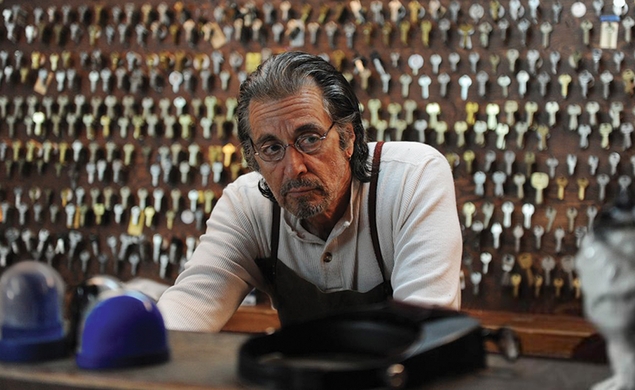 The upcoming drama Manglehorn unites two great but frightfully inconsistent talents. In 2013, David Gordon Green returned to the indie-drama fold after a sojourn in the wilds of no-brow stoner comedy with the one-two punch of Prince Avalanche and Joe, both of which echoed the naturalistic character studies of his career’s early period. (More George Washington than Your Highness, mercifully.) Al Pacino, having spent most of the past decade or so transmogrifying into an over-the-top caricature of his former self, represents another wild card. Will Manglehorn get a rare appearance from Actually Trying Pacino, who last showed his face in the not-half-bad The Humbling? Or will Scenery-Gnawing Pacino rear his leathery head, here to torment us again after the phoning in the indignities of Jack And Jill and Stand Up Guys?

The early prognosis doesn’t look too rosy. Our man Mike D’Angelo caught a showing last September at TIFF, and he didn’t leave the theater impressed, writing in his report, “What starts out as an offbeat character study devolves into a facile redemption narrative—a more ruinous variation on Joe’s trajectory, and further proof that Green and cinematographer Tim Orr do their best work when untethered to anything but small-town lethargy and dreaminess.” Mike also provided a more succinct, straightforward appraisal of the film in his report: “…really not very good.” Now there’s a quote for the DVD box!

The film stars Pacino in the title role, a grizzled old loner who spends his days drinking hard and mourning the love that never was even harder. Through interactions with a balloon-toting moppet and a self-possessed bank clerk played by Holly Hunter, he just might be able to save what’s left of his soul and patch things up with his estranged son (Chris Messina). Harmony Korine’s in there somewhere, too, though he doesn’t appear in the trailer. He plays a former Little Leaguer that Pacino’s Manglehorn coached back in the day, who’s blossomed into a tanning salon owner-cum-jackass. In the business, we call that “typecasting.” Pay no mind to the French subtitles and enjoy the Manglehorn trailer below: 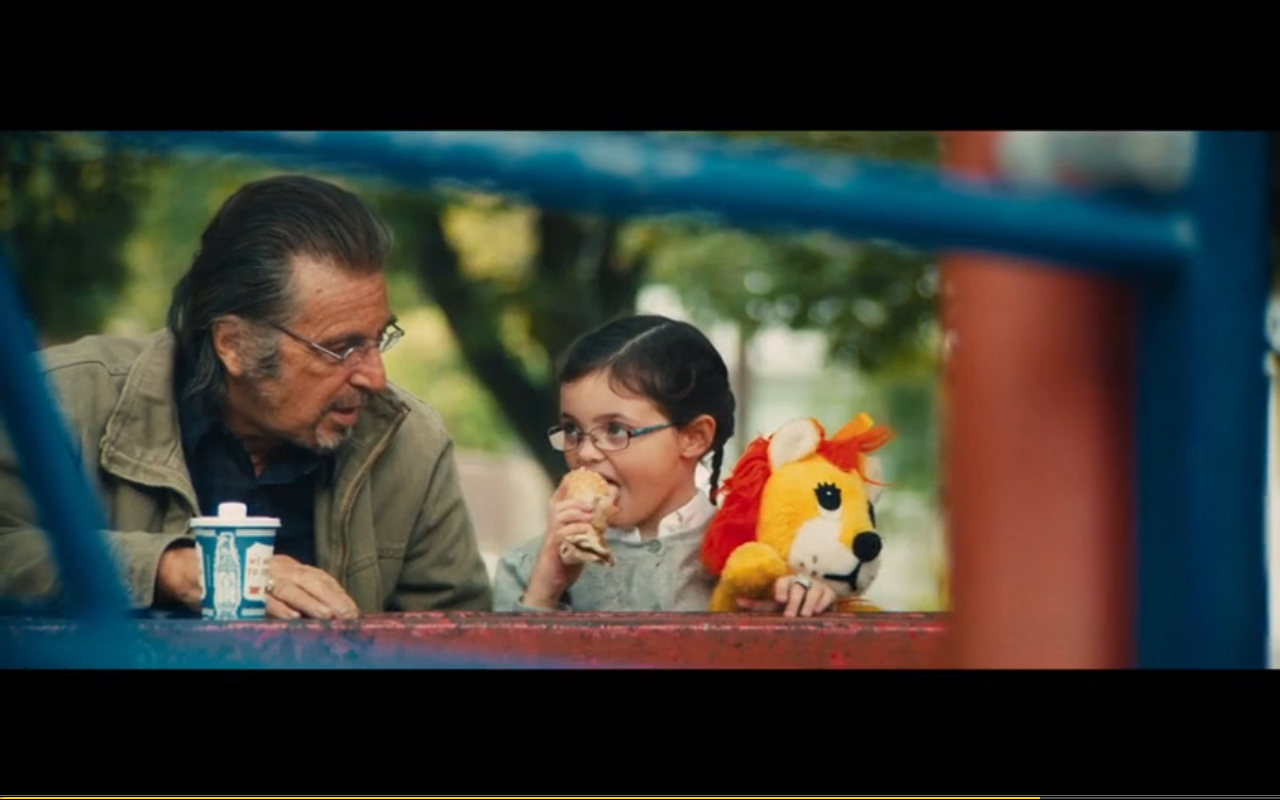 Why would he tell this poor child to release that balloon into the sky? I like metaphors just as much as the next guy, but depriving a child of the joy of balloon-holding will not assuage anyone’s guilt. The balloon’s gone now, up in the sky, probably popping from the thin air of the Earth’s atmosphere, and all for a metaphor. Hold tight to your balloons, children, and don’t let old men use them to work through their personal stuff. It’s your balloon.