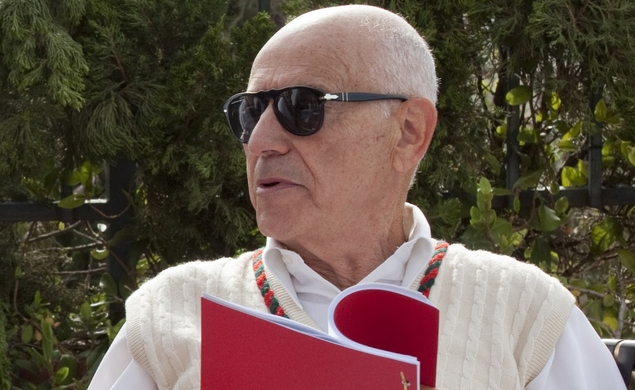 Some activities are simply too whimsical, too zany, or too undignified for ladies and gentlemen of a certain age. That certain age is “old people,” and conduct unbefitting their stature is the engine that powered George Burns’ 1979 comedy Going In Style. In the film, a triumvirate of oldsters don Groucho Marx glasses to stage a bank robbery and engage in other non-old-people behaviors. Dissolve staff writer Nathan “Golden Eagle” Rabin noted last November that a remake of Burns’ geriatric caper was in the works at New Line, with Michael Caine and Morgan Freeman confirmed as two-thirds of the main trio. At the time, Dustin Hoffman was in talks to take up the last pair of Groucho glasses, but much has changed since November.

Hoffman’s out of the game, and Academy Award-winner Alan Arkin has stepped in to tote heat, or get “strapped up,” or whatever vernacular elderly criminals might use. Variety confirms that the actor, who recently drew plaudits for his work as a crusty but benign movie producer in Argo, will star alongside Caine and Freeman. The original film set three retirees loose on an unsuspecting bank and mined laughs from typical frail-bodied physical humor. The remake will update its premise to seize some timely relevance; it still stars three retired old coots, but now they’ve lost their pensions because the company that once employed them has been sold to a foreign conglomerate. In a blaze of karmic retribution, they vow to rob the very bank that holds the money they feel is rightfully theirs.

Going In Style falls into the much-maligned subgenre of comedy focusing on the hijinks and foibles of the elderly, such as RED, Last Vegas, and Michael Haneke’s Amour. But an unusual choice for directorial duties may prevent this film from slipping into cliché. Human mixtape Zach Braff shall get behind the camera once more after helming the divisive Garden State and Wish I Was Here. While jokes about Depends and prunes will mostly likely be mercifully sparse, do not discount the possibility of a scene in which Caine, Freeman, and Arkin stride in slow-mo down a hallway to the strains of a Coldplay deep cut.