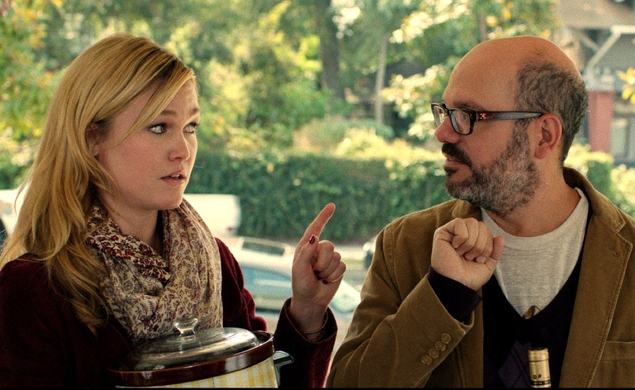 Let’s come out and say it: Despite blink-or-you’ll-miss-’em parts in great movies like I’m Not There and Eternal Sunshine Of The Spotless Mind, David Cross has had a rough go of it on the silver screen. Since the end of his brilliant HBO sketch comedy series with Bob Odenkirk, Mr. Show, Cross has rarely found a project worthy of his talent, enduring (unfair) ridicule for his recurring supporting role in the Alvin And The Chipmunks movies and, more recently, scathing reviews for his directorial debut, Hits, which was released under a pay-what-you-want model that proved less enticing than Radiohead’s In Rainbows. Even the Mr. Show movie Run Ronnie Run, based on one of his most beloved characters, was a fiasco. But Cross’ turn in the under-exposed, under-appreciated indie apocalypse comedy, It’s A Disaster, put him on The Dissolve’s shortlist for Best Supporting Actor in 2013. Todd Burger’s exceedingly clever film highlights Cross’ talents as a straight man, casting him as Glen, a reluctant date dragged to a dinner party by a high-strung doctor (Julia Stiles) with a history of bad relationships. When a series of dirty bombs are detonated across the United States, the already-awkward affair gets even worse for Glen and company, who believe they have only a few hours until radiation engulfs the house. It’s A Disaster mines the situation for plenty of droll comedy, but Burger is also clever in speculating how different types of people might react to imminent doom. The film airs at 6:30 p.m. Eastern on Showtime Beyond.