Atari: Game Over explores the death of a videogame urban legend 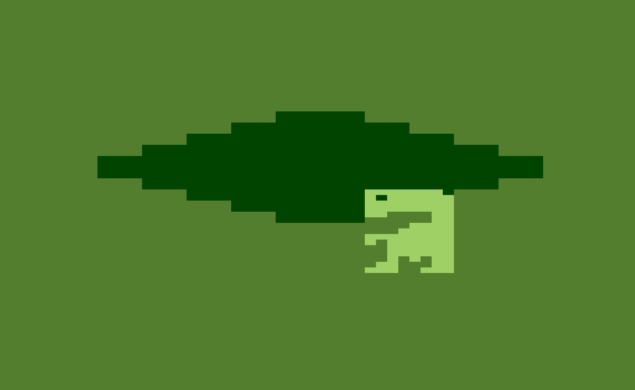 When he’s not contributing to the screenplay of pretty much every giant superhero movie that J.J. Abrams, Joss Whedon, Roberto Orci, Alex Kurtzman, and Simon Kinberg aren’t (his resume includes The Incredible Hulk, The Avengers, X-Men: The Last Stand, and X2), screenwriter Zak Penn has a curious sideline. Penn is fascinated by myths, and in between mega-budget superhero assignments, he makes small-scale movies about people on mad, obsessive quests. For example, in 2004, he made a very silly, intermittently entertaining mockumentary about trying to find the Loch Ness Monster alongside Werner Herzog called Incident At Loch Ness.

Now the amiable geek has turned his attention to America’s greatest legend: After its industry-threatening failure, Atari buried millions of unsold or returned copies of its E.T. videogame in a landfill in the desert. The legend’s appeal has a lot to do with the game’s reputation for being the worst of all time, which is all the more remarkable considering it was an adaptation of a film widely considered one of the best of all time. Even more surprisingly, the game widely considered the worst of all time was developed by Howard Scott Warshaw, who at the time was considered arguably the best developer alive thanks to his work on 1982’s Yars’ Revenge, a game held up as one of the pinnacles of the form.

Atari: Game Over gives a sense of what it must have been like to have worked for the company during the go-go 1970s and early 1980s, where pot smoke filled the air, keggers were thrown on the regular, and a brilliant aggregation of geeks and nerds were creating an industry out of thin air. But a sense of the company in its heyday is all the film really provides, because it simply does not have the depth or the time to chronicle the company’s rise in anything but the most superficial way.

That’s because Atari: Game Over is less interested in Atari as a whole than in the debacle that was the E.T. videogame and its ostensible resting place out in the desert. The film has a lot of great footage of E.T., like a young, scruffy Steven Spielberg—who signed off on the game, but also signed off on the four Transformers movies he executive-produced—saying he loves the game in a way that almost makes you believe him.

Atari paid something in the area of $20 to $30 million for the rights to make E.T. a game, in part because it imagined that it was getting into business with Spielberg and it sensed what a force he would become. That was one of many miscalculations on the company’s part. Another was rushing the development of the game so that it would hit the all-important Christmas window. This meant that Warshaw had far less time than usual (five weeks instead of five months) to develop the most important and expensive game in the company’s history, and the game’s incoherence can at least partially be attributed to the insane time crunch he was under.

The remarkable Warshaw, who made a surprising career shift from superstar game designer to psychotherapist, describes the game in a way that makes sense. But having played the game myself, I felt as if I was going insane, like the game was seemingly designed to punish rather than entertain players. Apparently only Warshaw knew what the hell was going in in that game, and that’s probably because he’s a genius.

Did Atari really bury its most spectacular failure? Or is that solely an urban myth that has gone on to attract a strange amount of currency in the interim? That’s the question that drives the film, but on some level, it doesn’t matter. It’s not as if the filmmakers are looking for a cache of diamonds or first-edition copies of Gone With The Wind hiding in someone’s attic. No, they are nerd versions of Indiana Jones looking for a videogame that can rightly be called unwanted garbage in a place specifically reserved for unwanted garbage.

But there’s something infectious, even irresistible, about an obsession and a quest, no matter how seemingly pointless, especially once Ready Player One author Ernest Cline (whose novel Penn is of course adapting for film, for Steven Spielberg no less) gets onboard and drives to the dump site in a Delorean to see if the myth of the buried E.T. cartridges is really true.

At 66 minutes, Atari: Game Over falls somewhere between a rich man’s silly indulgence and a bloated short film, but as a child of the 1980s who whiled away some of his happiest childhood days in an arcade, I found this to be a glibly entertaining and ultimately strangely touching way to pass an hour or so on a sunny afternoon. Watching it is a lot like playing videogames: You don’t really feel like you’ve accomplished or learned anything, but you have managed to pass the time in a pleasant, breezy way.