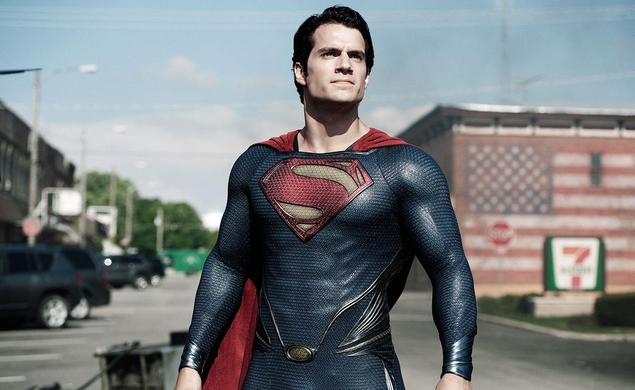 The following post contains SPOILERS for Man Of Steel.

It was one of the most controversial endings of the summer. In Man Of Steel, Superman (Henry Cavill) finally defeats the evil General Zod (Michael Shannon) by snapping his neck, killing him seconds before he could use his heat vision to kill some innocent bystanders inside a Metropolis train station. Though there have been a few exceptions to the rule, the Superman featured in the past 75 years of DC Comics generally lives by a code to never deliberately take a life. It’s what separates him from his enemies. That, more than any of his incredible powers, makes him super. He’s better than that.

Man Of Steel Superman, though, is most emphatically not better than that. And just as the debate over whether that decision represented a needless betrayal or a necessary update of an old character was finally winding down, Man Of Steel co-writer David S. Goyer talked about it publicly and stirred up the hornets all over again. Speaking at a BAFTA and BFI event last night, Goyer insisted that he didn’t believe that Superman should have a strict no-kill policy:

“This is one area, and I’ve written comic books as well and this is where I disagree with some of my fellow comic book writers—‘Superman doesn't kill.’ It’s a rule that exists outside of the narrative and I just don’t believe in rules like that. I believe when you're writing film or television, you can’t rely on a crutch or rule that exists outside of the narrative of the film.

So the situation was, Zod says ‘I’m not going to stop until you kill me or I kill you.’ The reality is no prison on the planet could hold him and in our film Superman can’t fly to the moon, and we didn’t want to come up with that crutch.”

I’m not entirely sure why this Superman can’t fly to the moon—he flies into outer space on a couple of occasions—but whatever. Goyer says he didn’t want to write around crutches and so he and co-writer Christopher Nolan put Superman in an “impossible situation” and forced him to “make an impossible choice.” He also claimed that he sees the movie as Superman Begins, an origin story akin to his own Batman Begins, and that his Superman isn’t really the Superman until the end of the film.

That was an argument that many Man Of Steel supporters made back in June; this is a guy who’s way out of his depth and still learning how to act like a hero. He’s not perfect and occasionally makes mistakes. Together, though, Goyer’s two excuses feel a little contradictory. Does Superman kill whenever he deems it necessary or did he just kill this one time? Is this Superman deadly or just naive? Goyer wants to have it both ways. He wants to have his cake, and then fly around the world at super-speed, reversing the Earth’s rotation and time itself, so that he can then eat the cake a second time.

Goyer’s explanations are rational, but I’m not entirely sure a rational approach is what Superman requires. He’s a mega-powered alien from an imaginary planet; I’m cool with a little irrational behavior like flying in defiance of gravity or choosing never to kill for any reason. Superman isn’t a guy. He’s an ideal. And if you devote yourself to an ideal, you become something else entirely. Goyer should understand that; he wrote that line in Batman Begins.