Our next Movie Of The Week: The Master 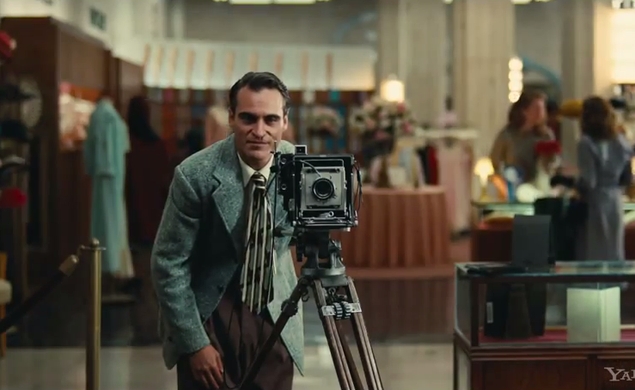 The whole world has been jibber-jabbering about Scientology as of late, thanks to the smash Sunday debut of Going Clear, Alex Gibney’s adaptation of Lawrence Wright’s massive, muckraking expose of the church’s civil rights abuses and all-around scuzziness. Heck, our own Scott Tobias even wrote a funny and insightful Exposition about how Scientology, for all of its communication courses and obsession with getting its message out clearly and cleanly, is terrible at Twitter. So we figured now would be the perfect time to re-visit Paul Thomas Anderson’s brilliant meditation on Scientology and its discontents, The Master.

The divisive 2012 masterpiece, shot in 70mm for a sort of epic intimacy, casts Philip Seymour Hoffman in perhaps his last truly great performance as a L. Ron Hubbard-like figure and leader of a Scientology-like cult who has an alternately parasitic and symbiotic relationship with a disturbed World-War-II veteran played by Joaquin Phoenix. The result is funny, punishingly intense, unforgettable, and tender at the center, a deeply felt manifesto about man’s need for meaning and connection and the strange places it can lead him.

The best part is you can get in on all this hot Scientology-style action without auditing a single course or signing up for one of Sea Org’s billion-year contracts. All you have to do is read my Keynote essay on Tuesday, followed by a Forum in which Suppressive Persons Scott Tobias and Keith Phipps wax heretical, followed by a secondary essay on Thursday by Noel Murray on Paul Thomas Anderson’s enduring fascination with father figures. Splurge on it!

Coming up:
April 14: The Treasure Of The Sierra Madre
April 20: The Conversation
April 27: Hulk
May 5: Little Shop Of Horrors