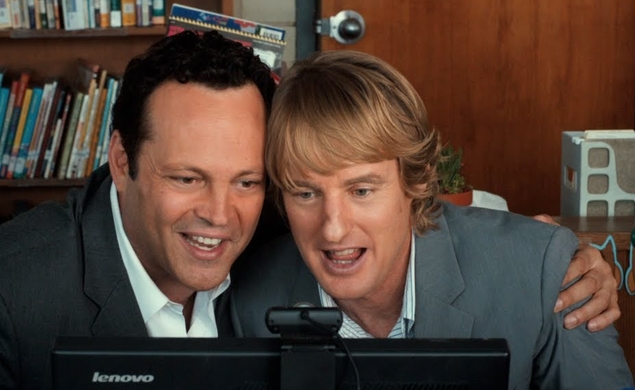 F. Scott Fitzgerald famously wrote that there are no second acts in American lives, a statement perpetually contradicted by articles about Americans with second-act lives, and also by the much-ignored second half of Fitzgerald’s original sentence. Still, while plenty of Americans have actually gone on to new, different, and successful phases of life, it’s hard to deny that rapidly changing technology and a social shift toward valuing younger, more energetic workers over older, more experienced ones has made it harder for an aging workforce to transition out of outmoded brick-and-mortar business models and into second acts. That’s the substance of Shawn Levy’s lively 2013 tragicomedy The Internship, about a pair of Willy Loman-like, desperation-driven salesmen (played by Vince Vaughn and Owen Wilson) looking for their second acts in the form of coveted internships at Google. Made with Google’s express cooperation, and designed to make the growing tech company look not just like a bastion of creative thinking, but like an idealized work environment, The Internship plays a careful, clever comedy game, balancing the up-to-the-minute, societally relevant issues of unemployment and industry collapse with a lighter, more banter-driven touch. Levy’s deft direction helps okay nevermind, I can’t really keep this up.

Here’s the deal: We at The Dissolve think April Fool’s Day online has become pretty wearisome, what with the fake headlines and fake news stories and fake links that either don’t convince anyone, or wind up being kind of horrifying because so many people buy into them. (The same humor-deficient nimrods who still haven’t figured out that The Onion is satire, usually.) So we’re taking this space to let you know that we are aware of April Fool’s Day, but we will not be engaging in any rug-pulling fakery from here on out.

That said, The Internship really is on HBO2 East tonight at 9 p.m. Eastern (and On Demand until April 12, and on HBO GO until April 30), if you’re curious whether Nathan Rabin’s zero-star review of the film was justified. And since we know you use this space for general discussion and catch-up, we’d love to see people come back here and report if you happen to see any April Fool’s business online that’s actually funny, well-done, and worth sharing. Stay suspicious, and stay safe out there.