Have all the money in the world and want to fly on a private plane with Al Pacino? Now you can! 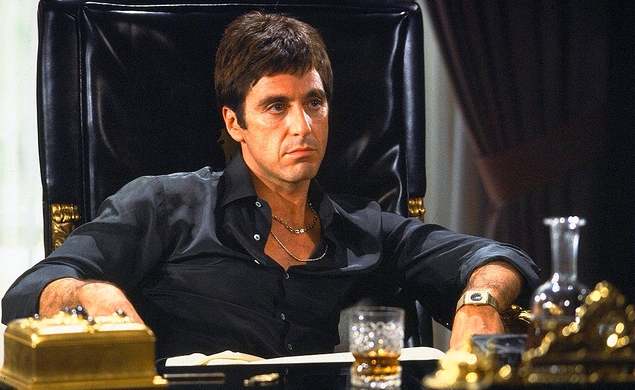 Do you love Al Pacino? We’re not talking like here. Everyone at least likes Pacino’s good performances in movies like The Godfather, The Godfather: Part II, and Donnie Brasco, but we’re talking true die-hards here. Do you have Pacino’s speech about God being an absentee landlord from The Devil’s Advocate memorized? Have you tattooed more than one scene from Stand Up Guys onto your torso? Is your only complaint with Pacino’s late-period work that it’s too understated and tasteful?

Then you are the perfect person to pay nearly £25,000 in real money, not the kind of fake money used in late-period Pacino movies like Stand Up Guys, for the once-in-a-lifetime honor to fly on a private plane with Pacino from Glasgow to London. We’re hoping the onboard film is Stand Up Guys, incidentally.

But this Al Pacino dream flight offers more than just the opportunity to share the friendly skies with the wildly expectorating star. In addition to spending 75 minutes in the air with Pacino, during which I hope he gives patrons their money’s worth by spending the whole time screaming various catchphases (“This whole court’s out of order!” “Hoo ah!” “Great ass!”), the trip includes hotel accommodations in London and tickets to his live show, An Evening With Al Pacino, in both cities.

For those without all the money in the world, Pacino is offering still-insanely-expensive but less-expensive opportunity to have a lunch date ($12,000, but with no funny stuff, we imagine; he’s an actor who is selling access to himself for some reason, not a prostitute) and the opportunity to spend 20 minutes with him in his dressing room ($4,000) as he regales you with hilarious anecdotes about how he got into character on Jack And Jill. If you do go on this flight, and you probably will, do me a favor and at the end, say, “I had some doubts before the trip but you're a real stand-up guy,” and you’ll both laugh and laugh because that was a movie he was in. With you and Al Pacino, the good times will never end.