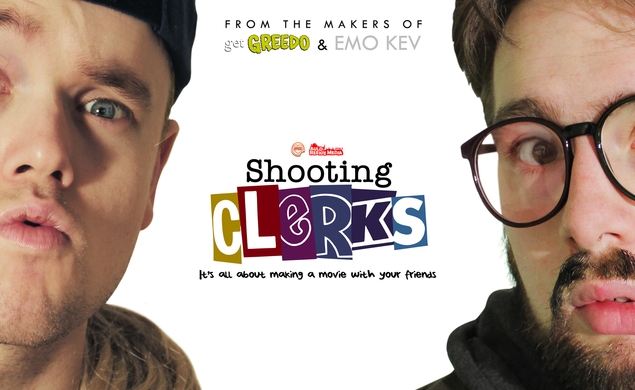 The gentlemen behind Broken Lizard recently broke records when when they reached their $2 million crowd-sourcing goal in one day; now, they are en route to being the single most successfully funded movie in Indiegogo history, with over $3 million raised with some 26 days left on the campaign. On the opposite end of the success spectrum, there are the filmmakers behind Shooting Clerks, who asked for a relatively meager amount of money to fund their scruffy, homemade, beard-intensive tribute to Kevin Smith, a man who never ceases to be a source of fascination to himself and, to a lesser extent, his army of adoring fans.

After setting out to raise a comparatively mild £27,575, the makers of Shooting Clerks raised only 9 percent of their goal. Yet, with a Kevin Smith-like resilience, the filmmakers plunged ahead all the same. They’ve made a feature-length biopic chronicling the epic tale of how a heavily bearded slacker came together with some of his bros and made a movie that was important to a lot of people, in large part because it democratized  the filmmaking process. Smith’s legacy was to make anyone with some ideas, a little bit of money, and some indulgent friends feel like they could be the next Sundance sensation, so Shooting Clerks seems like a perfect tribute to him. Here’s a new trailer: 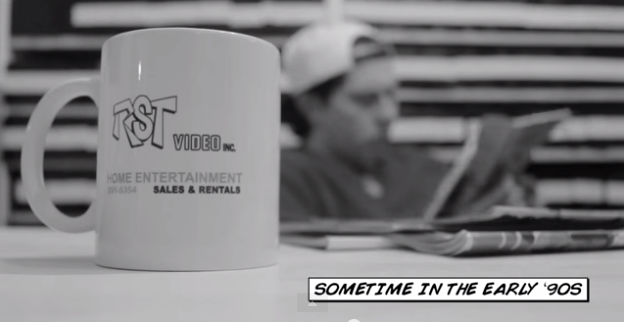 Writer-director Christopher Downie clearly drew a lot of inspiration from Smith for this film. On a visual level, the film looks deliberately like Clerks, which is to say cheap and ugly, but scruffy, with a certain homemade charm. But Downie got more than just Smith’s blessing to transform his epic youth into cinema: Smith also narrates the film and plays a role, and Jason Mewes and Brian O’Halloran are involved as well. It’s a movie designed to appeal directly and powerfully to Kevin Smith super-fans—and to Kevin Smith, of course—and no one else, and I write that as someone who has a certain soft spot for Smith’s shtick.