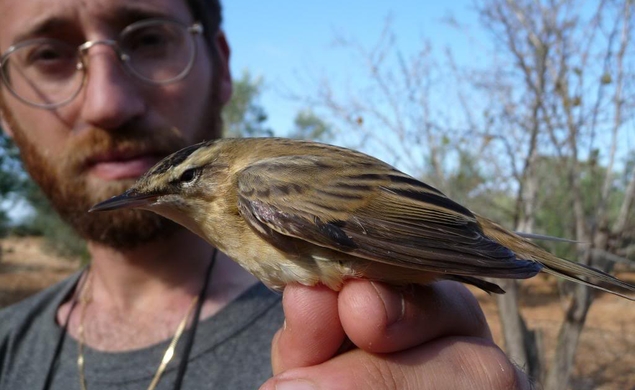 Hi. I’m Jonathan Franzen. I’m typing this letter on a PC. You may remember my urgent passion for birds from my novel, Freedom, which is half about songbirds, half about white people; my New Yorker piece, “Emptying The Skies,” which is 100 percent about songbirds and the poaching thereof; my other New Yorker piece, “My Bird Problem,” also 100 percent about birds; and my New York Times op-ed, “Liking Is For Cowards. Go For What Hurts,” which is about how I hate technology but love birds.

My most celebrated novel, The Corrections, is not at all about songbirds. But you should still read it. It’s one of Rachel Handler’s favorites and she’s read it multiple times, which she told me this morning during our long discussion about how much she likes my books but sometimes feels a little bit turned off by my aggressive public persona (yet deeply respects my environmental activism). I totally understand, TBH. I am working on having a better sense of humor about myself.

I digress, as I am wont to do, sometimes for hundreds of pages. “Emptying The Skies” exposed the rampant poaching of migratory songbirds in southern Europe, which is something I care more deeply about than my ongoing feud with Jennifer Weiner but less deeply about than Austrian satirist Karl Kraus. I’ve recently executive-produced a documentary based on“Emptying The Skies,” and I’m premiering the trailer for it exclusively on The Dissolve today, because I  believe their writing to possess the ideal level of calculated difficulty.

What you’ll learn from Emptying The Skies is that songbird populations in Europe have been declining for several decades, and many species are facing extinction. Directed by exemplary men Douglas Kass and Roger Kass, the documentary follows a group of European bird-lovers who are valiantly fighting to stop the poaching. According to Bruce DeMara at the Toronto Star, it will make you “very, very angry.” As it should. Almost as angry as Karl Kraus, but not quite, because that would require a particularly Austrian strain of righteous anger and moral fervor that most of us aren’t capable of.

Without further ado, here’s the trailer:

The trail of the tape
Title: Emptying The Skies
Directors: Douglas and Roger Kass
Cast: Peter Berthold, Sergio Coen Tanugi, David Conlin, Martin Hellicar, Me (Jonathan Franzen)
Release date: April 22 in New York, Chicago, and on VOD
The entire trailer in one line of dialogue: “To give back life to someone who’s condemned to death is more than joy. You free yourself at the same time.”
The entire trailer in one screengrab:

If you’re not spurred to action by this important and time-sensitive issue, it’s clear that our apocalypse-haunted historical moment has swallowed you whole, spit you out, and laid you at the feet of Jeff Bezos. One might even say you’re “for the birds.” But not me, because I don’t think puns are very interesting.

[Ed. note: To avoid any confusion, while Franzen did executive-produce “Emptying The Skies,” he did not write this post, which was written in the spirit of affectionate humor.]